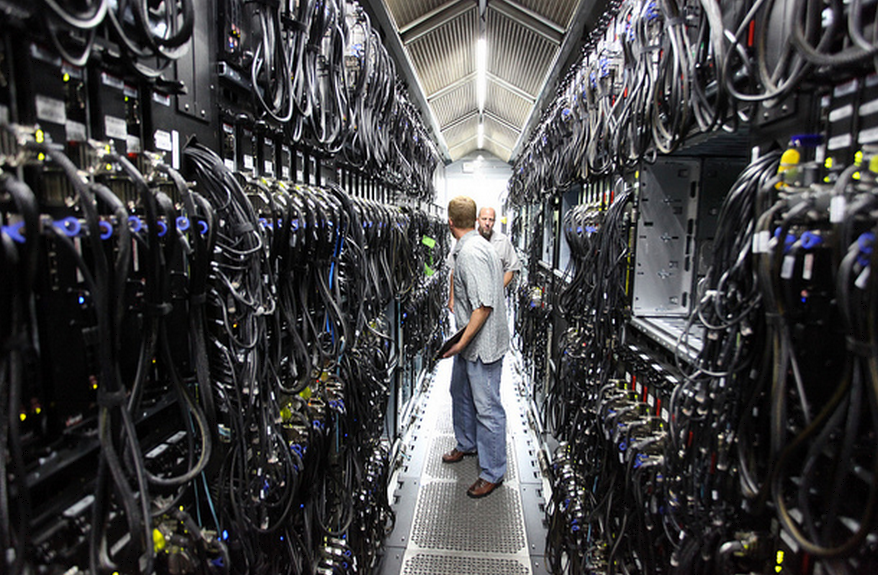 Today at its I/O event, Google announced Compute Engine, a Infrastructure as a Service product to complement its Platform as a Service App Engine offering. You can read details of the product here. In this post, we are going to examine a claim that the company made on stage, and has continued to make on its website: “Get up to 50% more compute for your money [by using Compute Engine] than other leading cloud providers.”

Google explained that hefty discount by claiming that its ten years’ work bringing down the had led to savings that it was now prepared to pass on to developers. In theory, a 50% cut could drive huge amounts of business to the company’s product; such a discount could produce staggering savings for large customers. And, as large customers drive big business, Google’s claim matters. Microsoft has been working to stoke the fires of its Azure product for some time now – this headwind is certainly most unwelcome.

Now, comparing pricing can be a tricky thing, as products rarely line up one to one, thus making absolute price differentials difficult, and thus the calculation of percentages of difference tricky. We’ll do our best. This post is not designed to be the absolute word on this topic, but is instead designed to help highlight the two product’s pricing scheme, and attempt to determine if there is an easily detectable gross difference between the two.

We want a similar, and priced product from each company that we can use to stack side by side. We’ll start with a virtual Linux machine, with a single core. Google, you first:

Now, Google breaks down Compute Engine into what it calls “Google Compute Engine Units,” or GCEUs. This the main unit of their pricing. The above system has 2.75 GECUs, and thus costs $0.053, per GECU/hour. Alright, now, what is a GCEU really? According to Alexandre Bourget, it’s roughly equivalent to an Amazon EC2 Compute Unit. Alright, what does that mean? Here you go [Bold: TNW]:

Well then. We’ll use this later to help us compare Microsoft’s offering to Google’s. Speaking of that, let’s dig into Azure. Microsoft, take it away:

Now is when this we hit the dirt. Google is essentially stating that its virtual Linux machine is about, and again this is very ‘back of the envelope,’ between 1.6 and 1.33 EC2 units, or around 1.6 and 1.33 GCEUs. Therefore, Microsoft’s product costs between $0.05 and $0.06 per GECU. Right, that’s quite close to Google, which came in at $0.053. Of course, Google is offering much more RAM, making its offering cheaper than it looks. Keep that in mind.

What about at higher numbers of cores? Let’s try a few more:

Google calculates that its 8 core offering costs $0.053 per GECU hour. Microsoft is offering, using our ratios, $0.05 and $0.06. Aha, a pattern. Here’s what’s up: Both Microsoft and Google are charging about the same, on a per-GECU scale, as you ‘core up.’ Interesting model, and it perhaps skews past a certain point, but at least in this range, they are holding fast to their ratios.

So, what to make of Google’s claim? The company said ‘up to 50%,’ and didn’t name Azure itself, so it could be referring to a different IaaS product. Still, compared to Microsoft’s darling, Google is still the better value, offernig more RAM.

And there you have it, more on IaaS pricing than you ever wanted to know.