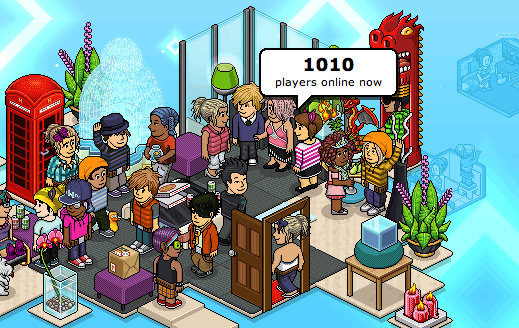 The firm decided to ‘mute’ its entire site in the wake of the exposé as it worked to implement measures to prevent inappropriate actions and content in the future.

The site was slowly ‘unmuted’ in countries like Spain, Brazil and Finland earlier this week, and this morning Sulake CEO Paul LaFontaine announced that Habbo chat functions would become operational again tomorrow in 4 additional countries, namely The Netherlands, France, Germany and Italy.

From this point forward, users are unable to chat with each other until they have completed a safety quiz to demonstrate that they are aware of the security facilities in place and understand their own role in actively contributing to the safety of the site, la Fontaine explains.

In addition, Sulake is calling for parents to participate in its global Parental Advisory Summit, which was established primarily for the company to figure out how they can better work with parents to improve the site’s security.