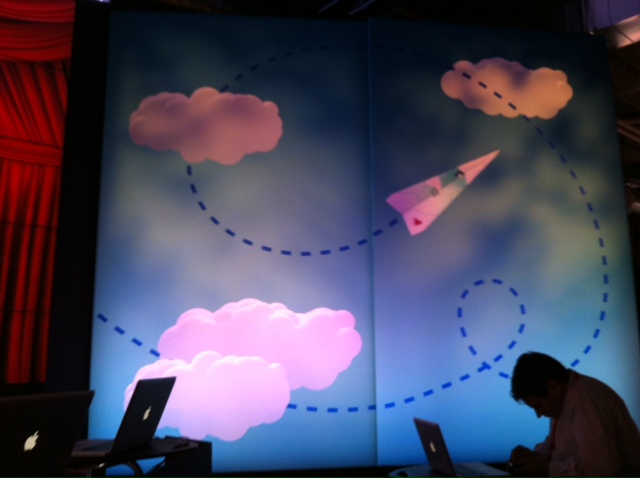 Today at an “Unleashed” event in its San Francisco headquarters, Zynga, the company looked back at its history, as i’ts coming up on its fifth birthday.

Today, it showed off its network “Zynga With Friends”. To date, the company has created 6B neighbor connections. The company sees 2.8B social interactions per day, and its users have played 1.8 trillion minutes over the past 3 years.

As far as its history goes, we got a bit of a lesson today.

The first game that it created was Poker, on Facebook of course. Here are some milestones that CEO Mark Pincus shared today:

“Mobile social gaming” is becoming a “mass market phenomenon” in 2012, according to Pincus. He points to Words with Friends as the poster child for this movement.

As of today, here are some things Zynga shared as points of interest:

Pincus says that Zynga was started to make games free, social and accessible with the mission to connect the world through games.

“Search, shop and share are the most important things that we do online today, and Play has the opportunity to join the ranks.” said Pincus.

Read next: Zynga has announced Zynga With Friends, a consistent social lobby for all of its players, across devices and platforms.