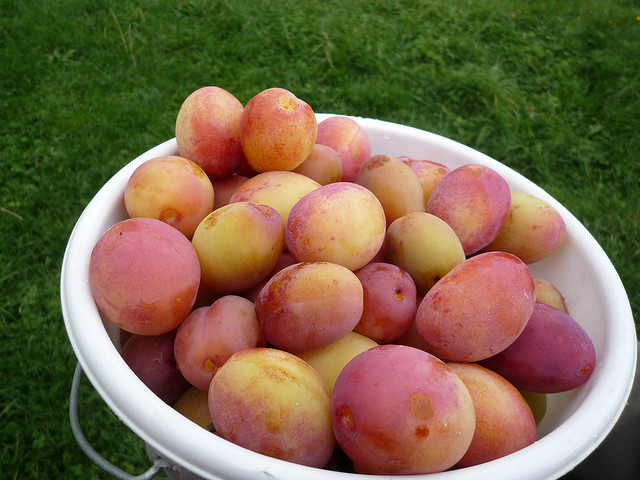 What does one move onto after building what we called at one time “the most gorgeous photosharing app yet” and selling it to Facebook? For Divvyshot co-founder Sam Odio, its a new startup focused on analytics called Freshplum.

Along with Odio, co-founders Michael Yuan and Nick Alexander are announcing a $1.4M seed round of funding from some pretty impressive investors: New Enterprise Associates (NEA), Greylock Partners, Google Ventures and Charles River Ventures. If those firms weren’t enough, there are a few current and former executives from Google, PayPal and Facebook participating as well.

The company has been in stealth mode up until now, but is already handling over 10M API requests a day from its private alpha users.

Freshplum is aiming to use data-driven and mathematical approaches to analytics to help its users direct its sales decisions.

When we spoke to Odio yesterday, he had some interesting stories to tell us, specifically about how Y Combinator’s Paul Graham helped push the team to stay on track with its idea:

TNW: What is it about analytics that interests you and the Freshplum team?

Sam Odio: This probably was a personal itch for both myself and my cofounder Nick. The idea started a while back when we were running a previous online business. I had struggled with pricing and then, having handed over the business to Nick, I saw him struggle with the same thing.

Today, when people sell things online – especially virtual goods – they just guess at pricing. How do you know what the fair price is for a purple cow in a game?

We ended up building a company around Nick’s solution to this problem.

TNW: During your time at Facebook, did you get more of a bug for dealing with huge amounts of data?

Sam Odio: We certainly worked with very large amounts of data and the experience didn’t hurt. I like to think that Facebook is a data-driven company. Freshplum is also very data-driven, so it was a very natural transition for me.

TNW: What did Paul Graham say to you specifically that pushed you to see Freshplum through?

Sam Odio: We presented the idea to Paul. His first response was simple: “You should do this.” However, it was the entire conversation, hearing about other startups that have also struggled with pricing, and hearing Paul get excited about this, which in turn got us excited enough to make such a major career move.

TNW: What will this money do for the company; are new hires a priority?

Sam Odio: This money will allow us to focus on building a great product and hiring great people (our two top priorities). And yes, we are hiring: http://freshplum.com/jobs/

TNW: When do you plan on letting more people into the private alpha and are you being super selective on who gets in right now?

Sam Odio: We’re being extremely selective at the moment, though we’re always looking to hear from people who are looking to develop a better understanding of their online business. Despite the program being a closed alpha, we’re more than willing to talk to companies who are looking for some high-level advice about pricing, or are trying to better understand changes in their revenue.

What does Freshplum’s approach look like? The Next Web was able to grab this exclusive screenshot to give you an idea of the direction in which it is going:

One big plus for Freshplum, Odio says, is that implementing its solution takes minutes instead of hours or days. This is important for giant retailers who are trying to manage a pretty insane flow of sales and interactions on its sites.

Partner at Google Ventures, Wesley Chan, knows a thing or two about analytics, having been the former lead product manager of Google’s own analytics offerings:

The retail industry is embracing new technologies as they continue to understand and enhance the customer experience. We are excited by the strong track record of the Freshplum team and look forward to working with them as they build out tools that eliminate the guesswork behind pricing and marketing for retailers.

Even though we don’t have a solid date on when Freshplum’s offerings will be available to a wider range of companies, other than “later this year”, you can visit their site and add your email address to receive notifications.