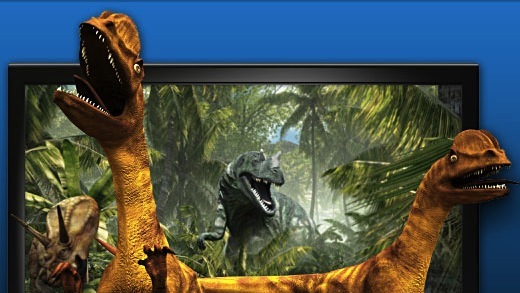 Watching a 3D movie, football game or whatever on your PC or tablet tends to require you to sport usually dorky-looking glasses, but Philadelphia-based Stream TV Networks is working on “next-generation” technology that will enable people to experience three-dimensional media on a host of devices, including tablet computers like the iPad, picture frames, TVs and whatnot, sans glasses.

The startup’s technology is dubbed Ultra-D and was presented at CES earlier this year. Last week, the company announced that it will provide an update to its go-to-market and technology plans during a press conference at CEA Line Shows 2012 in New York later this week (on Wednesday to be precise).

And coincidentally, Stream TV Networks also just filed with the SEC to raise over $17.2 million, after securing $4.8 million in debt and equity funding last year.

According to a statement, the upcoming press conference will focus on the launch of Stream TV’s initial products, the 42″ Ultra-D TV and the bundled SeeCube Conversion Box that converts 2D and conventional 3D into 3D-without-glasses (also called ‘autostereoscopic’), self-reportedly in real time and absent of viewing angles.

Stream TV recently named Pegatron (Unihan), one of the largest global consumer electronics manufacturers in the world serving brands such as Apple, Lenovo and HP, as a manufacturing partner for its Ultra-D television sets.

Stream TV Networks even boasts a consumer electronics brand of its own, dubbed eLocity. Its 7-inch Internet tablet (running Android 2.2) is pictured below.

If you’d like to learn more about Stream TV and its founding team, brothers Mathu and Raja Rajan, we invite you to read this recent Flying Kite article.

Read next: Any travel requests? Ask a mule.