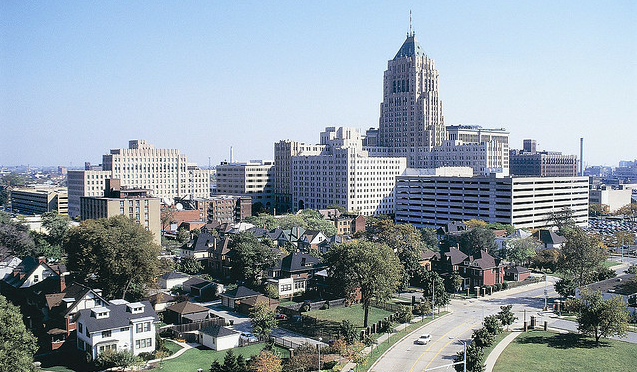 The popular apartment hunting site PadMapper says that it will no longer be including results from Craigslist in its database after it received a cease & desist from the site’s lawyers. PadMapper displays listings, including those posted on Craigslist, on a map, making it easy to see where potential dwellings are located.

The case is an interesting one, because Padmapper was actually not scraping the contents of apartment posts on Craigslist, something it’s terms of service clearly prohibits. Instead, it used the locations of the listings to display them on a handy map, something that many people say helped them when moving to a new area, where they were unfamiliar with the lay of the land. Any listings taken from Craigslist would simply forward on to that page on the site when clicked. Still, those listings and their locations are Craigslist ‘property’.

The listings have now been removed from Padmapper, and site creator Eric DeMenthon has this to say:

I recently received a Cease and Desist letter from Craigslist, and wasn’t able to get a meeting or convince Craigslist’s lawyer that PadMapper was beneficial to Craigslist and apartment hunters in general. They allow mobile apps to display their listings if you buy a license from them, but not websites.

Craigslist does not provide licenses to use the data on its site in other web products, and has no problem going after any sites it feels are doing so. This was the case recently with the used car site Carsabi, which no longer serves up Craigslist data either.

The situation seems sad, as PadMapper provides a much more friendly way to hunt for apartments than the standard Craigslist interface, and was using the data only as far as it needed to place listings on its own map. Forwarding users on to Craigslist thereafter seems like a reasonable use of the data.

In a posting on a Quora thread about Craigslist’s practice of killing products that use its data, the company’s founder Craig Newmark said that it only went after services that ‘consume a lot of bandwidth’, but the examples seem to indicate otherwise. If would be great if some kind of licensing deal could be worked out to share some of the data with services that would like to build on top of Craigslist to create cool things like PadMapper.

One possible reason that no deal was bothered to be worked out with PadMapper is that Craigslist is currently hiring on a UI designer and may be working on a mapping interface of its own.

Y Combinator partner Gary Tan has already voiced his support for PadMapper and sent a letter in to Newmark about the issue, urging them to reconsider. He calls PadMapper ‘one of the most valuable sites for apartment renters on the planet’.

If you’re a PadMapper user, Eric encourages you to hit up the blog post and email the folks from Craigslist, politely, asking them to reconsider. Because, he says, “it’s a sad day for pad mapping and apartment hunting. Craigslist is a really important source of apartment listings, and I hope we can get it back someday.”

Read next: If someone falsely reports you as being deceased to Facebook, here's how to fix it