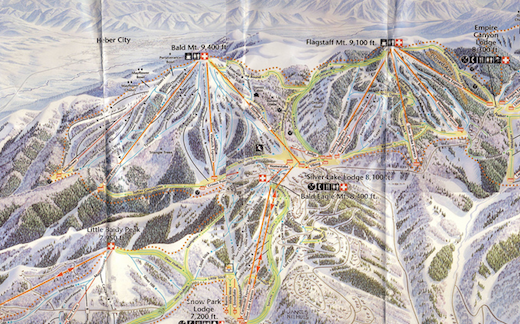 Despite numerous rumors over the past few days, mapping startup skobbler has officially declared that it is in fact not being acquired by Apple nor is it partnering with Apple for its latest post-Google map initiatives. Now that that’s out of the way, let’s move on to the news.

skobbler, a known proponent for OpenStreetMap, has been growing quite rapidly as of late, having amassed 2.5 million users on iOS to date. With this is in mind, skobbler is today opening up its new GeOS platform to select parties (private beta-style), and is preparing for full launch in Q1 of 2013.

GeOS is special for one reason: it greatly simplifies the process developers have to go through to use OpenStreetMap data, making it much more approachable and thus helping the young crowsourced platform grow. More specifically, according to skobbler, GeOS eases the writing of applications based on OpenStreetMap and dramatically reduces the complexity of working with OSM’s raw map data. Here’s more from Marcus Thielking, co-Founder of skobbler:

One thing that may currently be preventing OpenStreetMap from realising its potential is the lack of a functional set of APIs that will enable companies to utilise the full benefits of the software. skobbler’s success means that we’re uniquely placed to provide this solution, and with Google changing the face of the current leading map solution this is an excellent time to help realize the potential of a rich and dynamically growing alternative in OpenStreetMap.

The emergence of OSM and now GeOS is growing increasingly relevant since Google started charging for the previously free Google Maps service. So far, OSM has done quite well on its own, but anything that can be done to make the service more approachable and accessible for startups is a good thing when it comes down to keeping costs as low as possible.

For more on skobbler, check out its app, GPS Navigation 2, in the App Store. If you’re interested in getting in on the private release of GeOS before it launches publicly, get in touch with the team here.

Read next: This week at Microsoft: Surface, Windows Phone 8, and ridiculous analysts