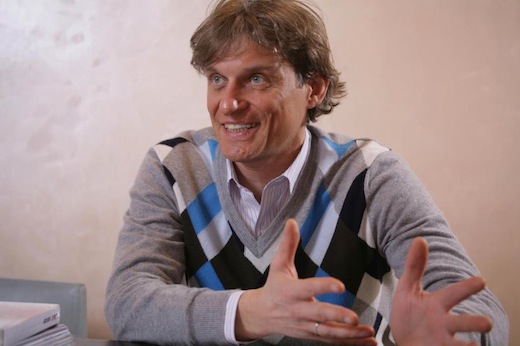 Here’s an unusal bit of news. Russian serial entrepreneur Oleg Tinkov, whose previous ventures having ranged from financial services to beer brewing and ravioli, has teamed up with Goldman Sachs to launch an Internet company called Tinkoff Digital.

In a press statement, Tinkov and Goldman Sachs says they will initially invest approximately $20 million into the new venture together, and that the intent is to purchase and develop new online and mobile advertising technology-based businesses.

Most recently, Tinkov launched Tinkoff Credit Systems, an online bank where he will retain a majority stake and remain operationally involved.

“The untapped potential in the Internet space is enormous, and I believe this is an environment where new billion dollar companies are going to appear,” said Tinkov.

To manage the new Internet company, Tinkov has recruited Anna Znamenskaia as CEO. She’s the former CEO and co-founder of ivi.ru – the largest Russian online video portal with licensed content – and previously Commercial Director at Rambler.

Read next: Spotify rolls out mobile radio on iOS, Android version to launch in coming weeks