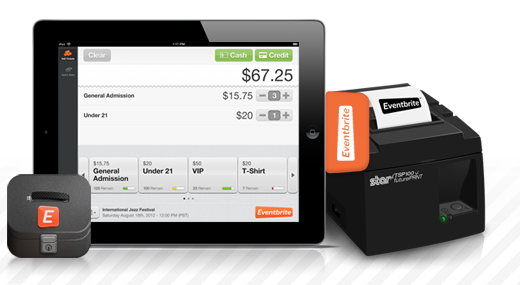 Update: The title of this piece previously stated $60 million. Eventbrite has clarified that to say that the amount that they have in the bank is “over 50 but under 60” million dollars.

Eventbrite, one of the leading online ticketing service providers in the world, today announced that it has crossed the $1 billion in total gross ticket sales mark.

We caught up with Eventbrite co-founder and CEO Kevin Hartz, who was coincidentally also in Portugal to speak at the SWITCH Conference, and asked him a few questions about the milestone, Eventbrite’s business and plans, and why he recently decided to put his angel investment activities on hold for awhile.

My apologies for the poor image and audio quality, had to resort to my smartphone for the recording. It’s not super terrible, but just in case: you can find the key takeaways from the interview below the video.

– Eventbrite recently surpassed $1 billion in gross ticket sales; it essentially doubled that key number annually in the past few years.

– The company expects to reach $500 million in gross ticket sales this year alone.

– Eventbrite secured almost $80 million in funding to date and still has “over $50 million but under $60 million” of the total capital raised in the bank.

– Over 20 percent of its sales are outside the United States, with London as one of the top cities. The goal is to keep expanding Eventbrite across Europe.

– On average, when an attendee shares event information on Facebook it generates an additional $2.52 in ticket sales for the organizer.

– Product-wise, one of the key areas of focus is expanding Eventbrite’s suite of mobile apps and services for organizers and attendees.

– Its ‘At The Door’ ticket sales iPad app is gaining traction among event organizers.

– Eventbrite isn’t profitable yet as it has been reinvesting income to spur growth (also see above, the company still has $60 million in the bank).

– If Eventbrite should decide to raise additional capital, it won’t be from a VC financing round but from a public offering, although a fixed IPO date hasn’t been set yet at this point.

– Hartz essentially stopped angel investing for the time being because the situation is getting ‘frothy’, with rising valuations for seed rounds and hordes of competitors in single categories popping up continuously. The entrepreneur expects to reboot his investment activities when things settle down again.