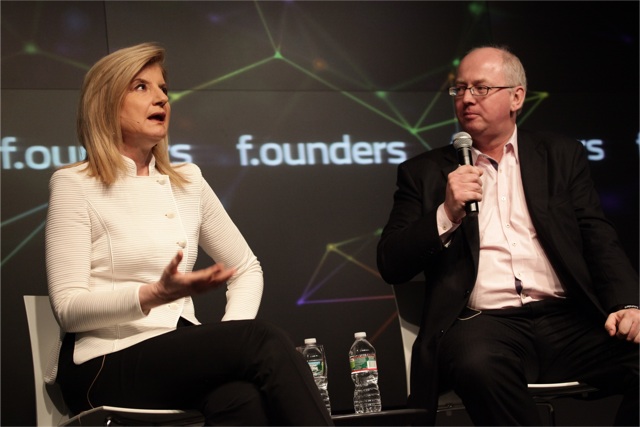 Today F.ounders, the highly prestigious event we called the Rolls Royce of technology events, is here in NY for its first non-Dublin event, bringing together 100′s of highly noteworthy entrepreneurs and investors at the NASDAQ MarketSite.

Right now, on stage with Matthew Bishop of The Economist, Arianna Huffington has just stated that “selling to AOL was the best thing we ever did.” Although the Huffington Post was profitable before being bought, Arianna Huffington said that the sale allowed the company to expand rapidly in a way that couldn’t have happened otherwise.

Since joining AOL, Arianna Huffington says it has grown tremendously, growing 57% in the last year. She also said that the Huffington Post is now at 155,000,000 comments, and that comments and engagement are the most important things to the publication.

Arianna Huffington on biggest problem entrepreneurs need to solve: Sleep. “I mean, we’re at a point where we need nap rooms!” #foundersny

Read next: Hey startups: Don't start your emails with "Dear [Name]" - 95% of people hate it