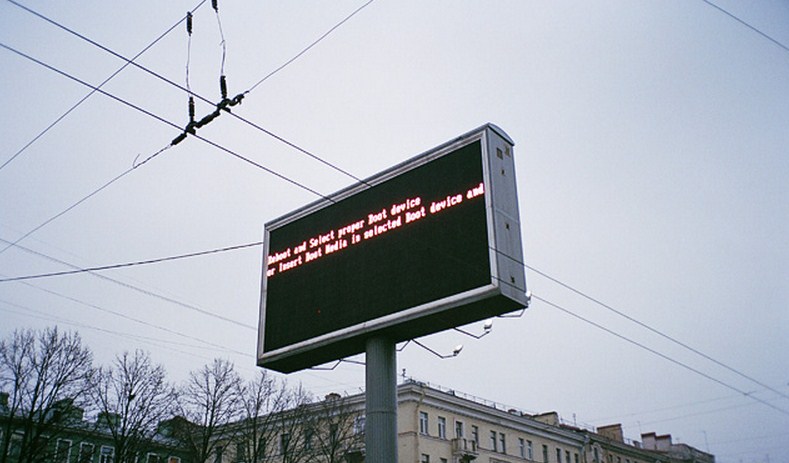 The ‘speed bump’ versus search ad comparison is an interesting one. Back in time, in the age of black and white television, it was possible to book an ad across the three major broadcast networks, and hit, at once, a simply massive percentage of the US population. That was the ‘speed bump;’ it was there, and all families hit it.

Later, Google. Google took not eyeballs, but intention, or at least potential intention, and monetized it. You are looking for that? Well here’s where to buy it, and a whole bundle of other links that also think that you are currently up their alley.

Search marketing is comically effective, as every person that is advertised to self selects into the group. However, it’s only one leg of the larger advertising race. That’s to say that a larger advertising strategy can’t have but one component, and thus, while search is effective as all get out, a global, complete ad plan it is not. Thus, there is a desire for something more, something that isn’t search based, but still reaches the right people.

Enter Facebook ads. Here’s a thought: ‘broadcast ads,’ ads that are sent to people without them entering a search that indicates a certain intention, will keep a large chunk of the larger global advertising budget. Why? Simply because people are not always searching; there is, I suspect, more demand for ad inventory than can be met with search marketing alone. Thus, broadcast advertising will continue to matter.

However, the old speed bump days are over. Prohibitive costs and potentially bullshit results have marred the TV market as an ad platform, both in theory and practice; advertisers are hungry for the ability to target at a comically particular audience segment. They have been spoiled by search marketing.

And thus, we find ourselves in a muddle. Where can we find the broadcast inventory that we need, and the specificity that is now somewhat the norm? Again, Facebook. Facebook has both the inventory and the ability to target. That puts it not in a unique position, but a very advantageous one; LinkedIn has some similar potential skill, etc. But Facebook’s massive reach is a capability that is all but unique.

Now, this all comes to bear on the recent media cycles on Facebook, and the ability for it to monetize its traffic; can it match Google’s amazing results? I don’t think so, on an ad by ad basis, but if it can sling more ads total, perhaps. Here’s a small bit of what Business Insider collated from current users of the Facebook ad platform:

The ad products are too complicated… hard to figure out and use. Even the terms Facebook uses to describe them change all the time.

Facebook has amazing data about its users, but they won’t give us access to it. They won’t let us target based on it.

Those three points, the first, actually, from that story’s list, speak volumes. Here’s my argument: advertisers want search ads and broadcast ads, as they both serve a purpose; users are not always actively engaged and yet they must still be reached, right? Therefore, Facebook is in a position to help broadcast advertising to reach a higher plane, due to its data advantage, and complement search work by brands.

Now, to the real nub of this: Facebook ads are absolutely awful. They are. Log on and go see for yourself. It’s a pity. There is so much data on myself on Facebook that any advertiser should be literally drooling, drooling to get all over my page; I’m a walking debit card with certain expensive tastes. And I often get ads for ‘singles’ that aren’t part of my personal orientation. Well, that won’t do, or at least not well. This is the fault of those who put the ads together.

So, when we discuss, as All Things D has done here, and here, the efficacy, or perhaps the potential of Facebook’s ad platform, it is critical to keep in mind that the company is not locked in a death struggle for existence with Google, merely for dollars. And that Facebook’s ad platform has the potential to shake up, completely, and forever, the side of marketing that attacks the passive, and not the currently active public.

And therefore, if the advertisements don’t work, it’s not exactly reasonable to point the finger at Facebook alone; the creative work isn’t its job. Yes, it could (not from a functional product perspective) be more flexible, but that’s hardly the game; ads have always had standard units. Innovation inside of those contraints is hard, but not impossible. If advertisers can’t exploit the data, I hardly feel too sorry for them.

Read next: From Zombies vs. Gladiators to TV industry revolutions, here's the week's media news in review