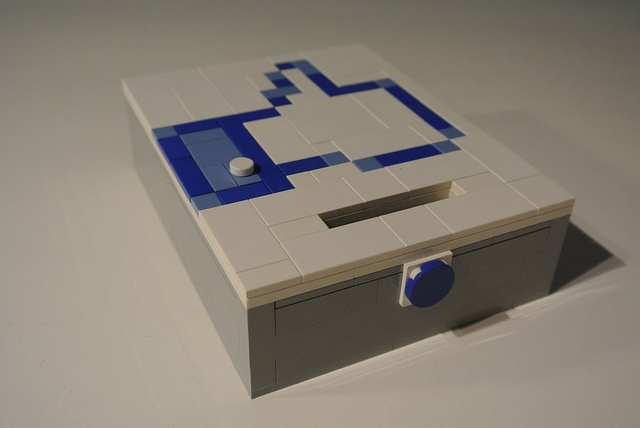 With over 900M users, there’s no shock that brands and marketers have turned their attention to setting up shop on Facebook. With the ability to interact with, target and market to people who are in a place prepared to be social, it’s an absolute no-brainer.

However, I’ve noticed the trend of TV commercials mentioning “Follow us on Facebook” or “Visit us on Facebook” way more than mentioning a website. Remember when you couldn’t escape a 30-second commercial that ended with “Check out our website at www.”? Moving this focus to Facebook makes sense, but also leaves me with the question of “what will be next”?

I ask this question because Facebook became the hip and cool alternative to visiting a boring and bland website. It’s now a way for a brand to show people that they’re “in the know” and speak to a “new generation.” Blah blah blah. I say blah, because have you visited one of these brand’s Facebook pages lately? It’s full of crap like the old boring websites were.

How is the above post interesting, cool or groundbreaking? It’s a picture of a Coca-Cola thermometer with a boring slogan to urge us to drink Coke. Just like a stupid website used to do. You may say “But wait, people can “like” it, and that’s cool!”. No it’s not. Liking something is becoming the way for people to bookmark things they see with a nod in the affirmative. It’s not a “like” anymore, it’s an “oh, cool.”

I don’t think it’s too early to think about what the next destination portal will be for brands, because something tells me that it won’t be Facebook for that many years. Just like the phone number got replaced with the website, Facebook is going to become boring. It’s not Facebook’s fault, really, it’s more the fault of the marketers and brands who aren’t stretching the boundaries of the platform they’re using.

Websites became stale and stagnant because the people behind them sucked at what they did and had zero vision.

If this is the best that Coca-Cola can do with Facebook, then this platform is screwed in the longevity game:

What you’re seeing above is absolutely lazy. I’m not going to sit here and jibber jabber about what the company should be doing, because that’s their job.

Consumers don’t want to look at a streaming billboard when they check out the best that the brand has to offer. There are plenty of creative people out there that could use multiple destinations on the web to create a fun immersive experience. They’re there, but I don’t see their work enough.

So what is the future? I think we’re going to go back to the website being front and center, simply because it’s the pieces and functionality of platforms like Twitter and Facebook that appeal to consumers, not the platforms themselves. Show me the kids who say “Cool, I’m going to drink Coke because they’re on Facebook!” and I’ll show you three unicorns with iPhones.

Let’s kick this social stuff up a notch before you drop millions into commercials with a boring end result like a Facebook page with slightly filtered images.

What are your thoughts? Share them in the comments!