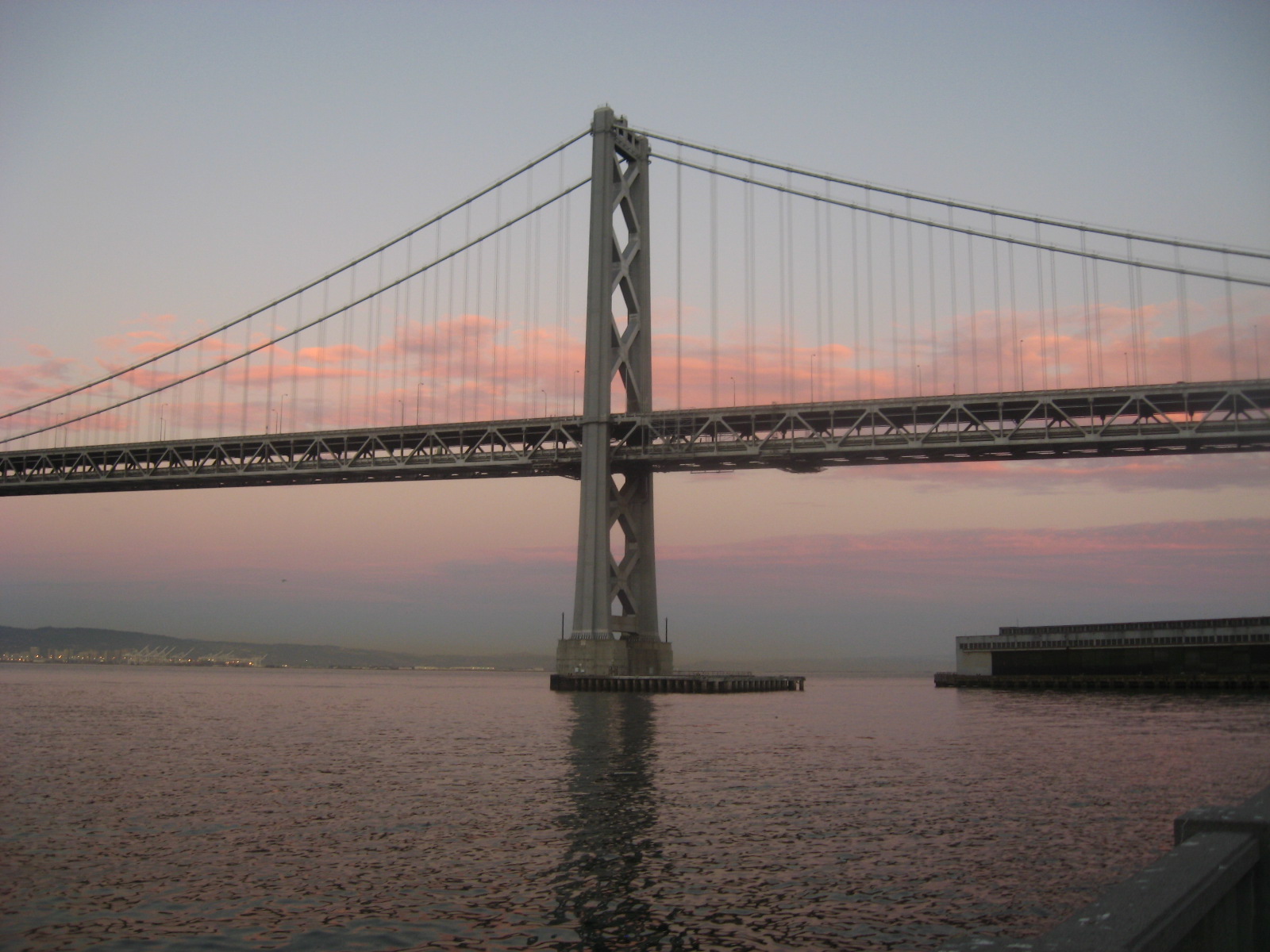 It’s easy enough to call out all the places that a “good geek” should visit when in Silicon Valley. From the Computer History Museum to the campuses of Google and Apple, there are landmarks aplenty that offer nerdgasm moments. But what if you’re looking for something — dare I say it? — non-geek? Fortunately, the Valley is full of locations that are equally as interesting to the everyday Joe.

I’ve had the chance to head to the Valley once or twice, and I thought it was time to put together a list of places you should visit, whether you’re geeky or not. So without further ado, here’s my “must-do” list:

Oh sure, you could head to the Golden Gate. It’s what everyone does when they go to SF. But there’s another bridge in the area that deserves some respect as well – the Bay Bridge. Built in 1933, it’s on the National Register of Historic Places and serves as the direct link between San Francisco and Oakland. But it’s not so much the bridge itself that I love as it is the park that’s right beside it.

Marked by a gigantic bow and arrow, this little chunk of green that runs parallel to The Embarcadero is frequented by dog owners, casual strollers and those who just want to enjoy the magnificent view of the bay that the area provides. It’s only a few blocks away from some of the biggest buildings in the city, but it seems like a whole different world. The picture at the top of this post? I took it while standing on the sidewalk that butts up to the Bay itself.

It’s kinda hard to see a picture of San Francisco and not end up seeing the Painted Ladies. A Painted Lady is actually an architectural description of a specific type and color scheme of a house, but there’s one group that’s quite famous around the area. The Six Sisters is an iconic grouping of houses that sits just off Alamo Square, a park that’s as popular with the locals as it is with tourists.

If you want the true experience, you’ll need to start walking from the bottom of the hill at Hayes Street. You’ll end up in the park and, if you’re not in good shape, Alamo Square’s green pastures will provide a great place for you to pass out for a few minutes while you catch your breath.

It’s perhaps telling that one of the most iconic locations in the United States is a prison. Alcatraz Island sits a mere 1.5 miles from the mainland, but that distance was enough to keep some of the country’s most hardened criminals at bay until the prison that the island houses closed in 1963.

Today the prison is staffed by the National Park Service and a short ferry ride from Pier 33 will get you to the island for a tour. But not just any tour. You could opt for a daytime visit to The Rock, but many folks will opt for the creepier version, which guides you through the prison at night. Reviewers on Yelp seem to agree with what I’ve heard from my friends – it’s a must-do when you’re in the Valley.

The middle months of 1967 were described as “The Summer of Love”. Counter-culture hippies flocked upon a small area of San Francisco, marked on one corner by the intersections of Haight and Ashbury streets. The Haight-Ashbury has been lauded by many, including the esteemed Hunter S. Thompson who dubbed it “Hashbury” for the prominence of marijuana in the area.

Today you’ll still find a large population of people who look like leftovers from the late-1960’s era, but you’ll also stumble upon one of the country’s most important landmarks for political protests, music performance and more. Do yourself a favor and stop by Amoeba Music, or just take the walking tour of the area to be transported back 40 years while still enjoying some modern comforts like great food. Oh, but avoid the touristy t-shirt shops. 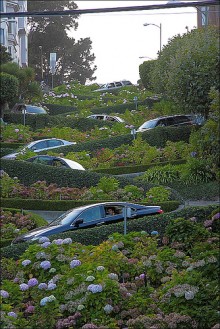 Whether you’d consider it a marvel of civil engineering or just an annoyance, Lombard Street is still worth a visit. It has been dubbed (arguably) as the curviest street in the world, because of the one-way section in the Russian Hill area which contains eight concurrent switchback turns.

But it’s not just the turns that are difficult to navigate, the section is also notorious for its steep grade. Wikipedia lists that decline at 27-degrees, explaining that the curves in the road are there out of a necessity to decrease the grade down to something more manageable for automobiles.

Chances are, if you’ve had coffee in San Francisco in the past year or so, you’ve had Sightglass. It’s the baby of our little list, having just opened in 2011, but quickly gaining notoriety for its high-quality java and SoMa-based location.

It’s arguable whether or not Sightglass is a non-geek location, as it has become a favorite stopping point for notable faces in the Valley. I can’t tell you the number of emails I’ve gotten detailing business deals and partnerships that have happened over a cup of Sightglass coffee. At any rate, the SoMa area is one you’ll probably be touring anyway, as it houses some notable tech companies such as Zynga, Dropbox and others.

It wouldn’t be a trip to SF without a ride on one of the historic cable cars. There are a mere 3 lines left these days, with only 40 cars still in operation inside the city. But it’s worth the $6 price tag to take a ride on this piece of American history.

The cars are operated by the San Francisco Municipal Transportation Agency, but CityPass has a much better website with a breakdown of which cars go where, their schedules and the ability to buy weekly passes.

My last “must-do” item is a bit of a cheater, since it’s not really in the Silicon Valley. But Napa is just a short hop over the bay and a mere hour North. The Napa Valley Wine Train  is a three-hour jaunt through the wineries of Napa, including a prepared lunch or dinner. Want to tour a winery? You can pre-purchase a ticket to do that as well.

Cars are available with and without tasting bars, and you’ll get a crash course in some of the finest wines in the world. It’s a rather fantastic way to spend an afternoon, and well worth the short drive from the city to get up to Napa.

So there you have it. These are 9 of my favorite “non-geek” things to do when in Silicon Valley. I’m positive that there are more, and I’d love to get your input. After all, I’m just a tourist, even when I’m there on business, so load up your suggestions in the comments.

Read next: Create your own social games with Qmerce