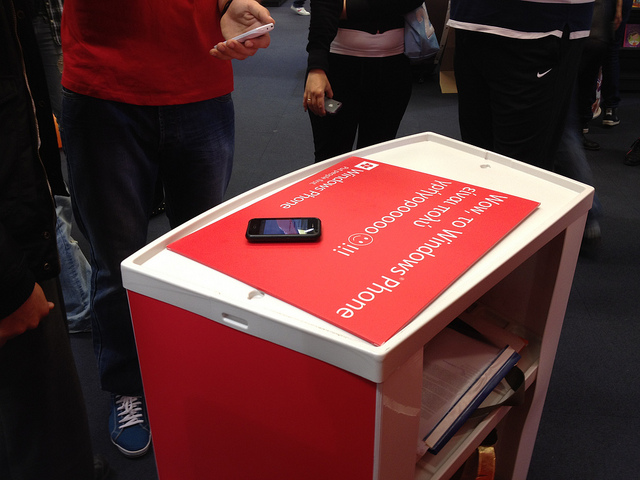 In case you missed it, foursquare completely ripped apart and revamped its app for iOS and Android to make exploring and discovery easier. They’ve hit the mark as far as I’m concerned, and users seem to be pretty happy about the massive upgrade. Not all users, though.

In all of the excitement about the new version, it seems like the company left out a segment of users who are fans of the app on Microsoft’s mobile devices. Oops.

At the end of its own blog post about the all new foursquare, it seems like the company has completely forgotten about its Windows Phone users:

Apple and Android world, grab the app now! BlackBerry-ers, we’ll have something for you in a few weeks. Thanks for giving the #allnew4sq a try!

I’m actually a fan of the Windows Phone and seeing the BlackBerry get more love stings quite a bit. What does this mean, though? It means that the company has very few Windows Phone users. Companies can’t make every segment of users happy, therefore they have to focus on its core. It’s obvious that foursquare’s core users are on iOS and Android, but who knew that third place would go to…BlackBerry?

This has been the case for some time, as foursquare’s Alex Rainert discussed the Windows Phone platform with the NYT last year:

It’s always going to be a question of resources and what people can spend their time on. As much as we might like the platform, we have to go where we have the users. For most start-ups, whatever you choose to work on, you are inevitably choosing not to work on something else.

There have been a few tweets to the company about the diss, as well as a slew of comments on the blog post:

Sorry Windows Phone users, there just aren’t enough of you to justify a new version it seems. Even Path doesn’t have time for you.

Read next: Here's why Apple will welcome Facebook's App Center with open arms