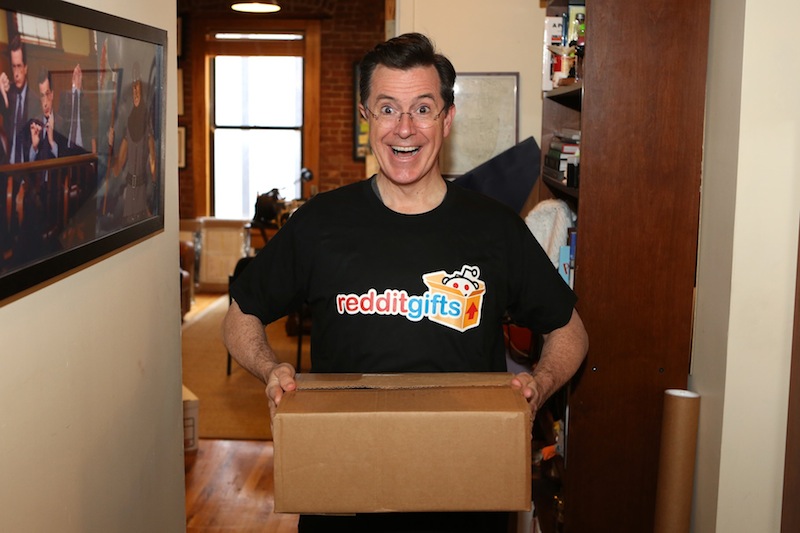 One of reddit’s cool initiatives is “redditgifts“, which allows the reddit community to sign up for a “secret santa” type experience to give gifts to one another in a few easy steps:

The project is doing something great for our troops overseas, and has announced a new initiative to match reddit community members with men and women who are in the military. The initiative even involves Stephen Colbert.

Here’s what the reddit had to say about it today:

Dear redditors in the Armed Forces,

We’re amazed by the incredible things you do for our nation every day. Now, it’s our turn to do a little something for you. Is there a snack you’ve been missing? Books you’ve wanted to read? Or a DVD you’ve been meaning to see? Maybe you’d just like a redditor to surprise you?

Troops: Sign up below and let us know what kind of care package you’d like to receive.

Santas: Sign up below to send a care package to a redditor in the Armed Forces. It’ll be like sending the troops a virtual high five through the mail — we’ve already got one redditor ready to ship!

Signups start today and ends on June 18, 2012. If you decide to participate you must ship your gifts by July 09, 2012. The importance of a project like this can’t be overstated, as most of the folks in the United States tend to forget about the people who keep us safe every single day.

This is a perfect example of how reddit’s community has grown over the years, and despite its size, it still feels like a close-knit group.