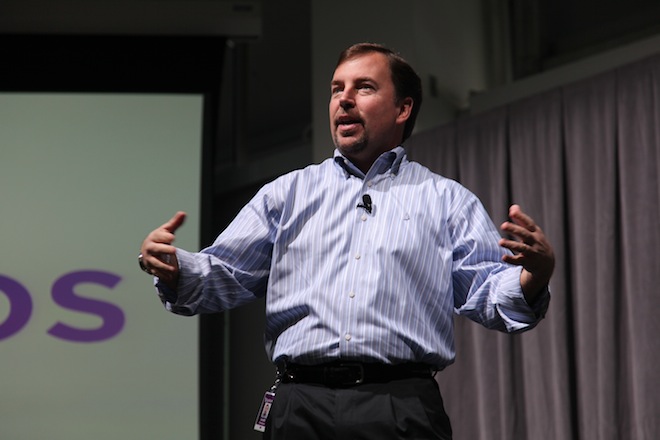 Thompson had misstated his credentials in regulatory filings and other places, claiming he had a computer science degree from Stonehill College in Massachusetts on his résumé, while in fact he only had an accounting degree.

He was swiftly removed from Yahoo’s board and management after word got out about the inaccuracies (creating a massive crisis for the company). For more context, read this The New York Times’ article on Thompson’s ‘undoing’.

Former Yahoo EVP Ross Levinsohn has since taken over as interim CEO.

Meanwhile, Thompson has taken yet another ‘career hit’, as he is no longer a board member of Splunk, a provider of ‘big data’ analysis software since last week.

Scott Thompson Resigns From Board of Directors of Splunk Inc.

SAN FRANCISCO, CA–(Marketwire – May 21, 2012) – Splunk® Inc. (NASDAQ: SPLK), the leading provider of software for real-time operational intelligence, today announced that Scott Thompson has resigned from its board of directors, effective May 18, 2012.

Splunk Chairman and CEO Godfrey Sullivan stated, “On behalf of the company’s management and board of directors, we thank Mr. Thompson for his contributions to the company. In regard to recent health issues, we wish Scott all the best for a fast and full recovery.”

The appointment of Thompson’s successor will be announced at a later date.

Ironically, the Wall Street Journal just last week published an article entitled ‘After Yahoo, Thompson Still Has Splunk’. In the article, Splunk’s Director of Investor Relations, Ken Tinsley, was quoted as saying: “he’s a valued member of the board.”

Not anymore he isn’t.

Thompson also had a seat on the board of directors of another public tech company, F5 Networks, but also resigned from that position last week.