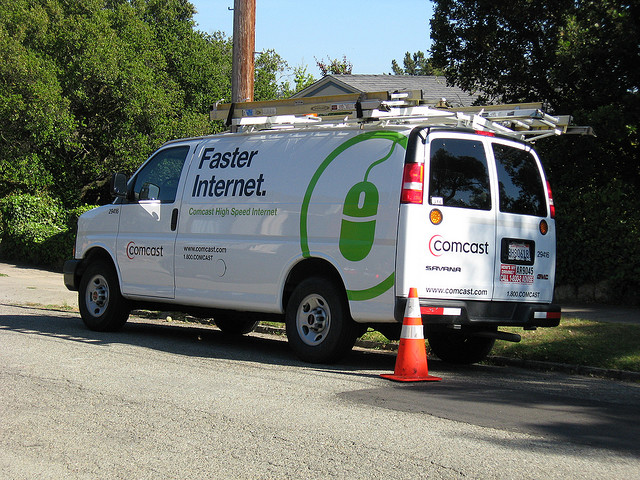 According to GigaOM, the main provider of US Internet service, Comcast has raised its data limits to 300GB from 250GB.

The key reasoning for this, according to Comcast itself, is set-top boxes like Roku and of course the iPad phenomenon:

Four years ago, when we first instituted a broadband Internet data usage threshold, the iPhone had just been introduced…the iPad didn’t exist…and the experience of watching streaming video on your home PC or through a Roku box or direct to an Internet-capable TV was much different than it is now.

It is true that we consume more data than ever before, and I personally don’t pay attention to my data consumption as a Comcast subscriber. If I were to think about how many devices I have connected to the Internet at my house I come up with: iPad, 2 iPhones, 2 laptops, Apple TV, and an XBox. That’s some serious data consumption I bet.

In its blog post today, Comcast also shared that if you were to go over the 300GB cap, you can purchase additional blocks of data at $10 per 50GB.

If you happen to be in a market where Comcast isn’t increasing the cap size and introducing more buckets of data, have no fear, the company says that it is lifting caps for everyone:

In my opinion, this is just the beginning of a huge turning point when it comes to data usage. With people dropping Cable TV more each year, we’re starting to use the Internet to consume absolutely everything: TV, movies, software, games, and communication. What will a data cap look like in the next five years and how often will Comcast update its plan? This is pretty scary stuff if you ask me.

Read next: Censoring of word 'jailbreak' in Apple's U.S. iTunes Store appears to be result of ratings error