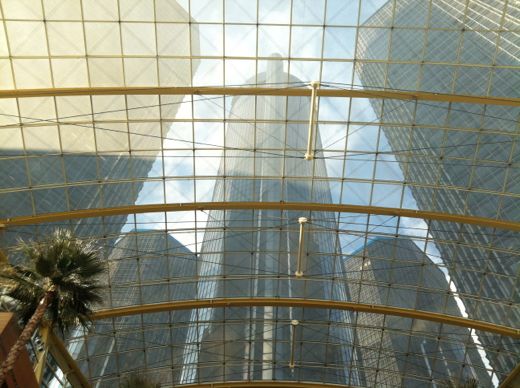 The big story going around the news in the past 24 hours is that of American car maker General Motors pulling its advertising from Facebook, citing “little impact”. Given the fact that Facebook is approaching its IPO (likely even this week), many are taking the move from GM as a sign that there are greater problems with the platform when it comes to businesses. But where there arises room for skepticism, there also arises room for sanity and research.

No matter what Mad Men would have you believe, advertising and marketing are far from exact sciences. There are trends, there are some truths, but the buying public is largely fickle. I’ve spent quite a few years of my life working with companies to produce advertising that is effective and if there’s anything that I’ve learned, it’s a simple truth – ads don’t matter; campaigns do.

Part of the problem at hand is a lack of realistic expectations. Brands will, quite often, think that putting a display ad on a website is going to be the singular factor between a purchase and a pass. It’s a foolish move, at best. At its worst, a move like this is akin to lighting your cash on fire.

What then is the underlying logic that supports a successful use of Facebook advertising? It actually has roots in a number of factors, so let’s take a few minutes to talk about each of them:

Jell-O, Kleenex, Coke…we know that these are brand names for gelatin deserts, facial tissues and a carbonated drink respectively, but the brands have become so ingrained into our culture that we interchange them with the products themselves. The method by which this happens is called top-of-mind awareness. It’s your brain’s Pavlovian response and it doesn’t come cheap or easy.

There’s another, more recent, example as well. How many times have you heard “normals” referring to an Android device as a Droid? But Droid is nothing more than a brand name of a family of Android OS-based handsets from Motorla Mobility. It was the company’s massive amount of marketing that helped to raise the brand to the top of consumers’ minds, so that when they were talking about an Android phone, Droid was often the word that came out of their mouths.

If repetition is a valid tool by which we learn, the same can be said for displaying your brand repeatedly to a consumer. The hope is that, when someone thinks about buying a new car, they first consider the brand that they’ve been seeing time and time again. 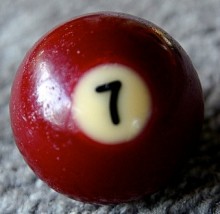 Much has been written about the mythical “rule of 7” in relation to advertising. It’s one of those truths that I talked about earlier. Essentially it is a method of advertising which understands that a consumer needs to see a brand (on average) between 5 and 7 times before choosing to make a purchase.

The behaviors that drive the rule of 7 are pretty simple. Seeing a brand time and again helps to build trust in a name, it keeps your brand in place for when the consumer does need your product and the repetition helps to filter through noise. If an ad appears once, you’re likely to not notice it. If it’s on your screen at every turn, it will eventually garner your attention.

There’s an argument by well-respected marketer Roy Williams that traditional retailers and service companies shouldn’t invest too much time in social. He’s not saying that social doesn’t work, but he does make the argument that it doesn’t work as well as other forms of advertising.

What Williams doesn’t approach, however, is exactly why companies such as Ford (GM’s direct competitor in the US and abroad) are seeing great response from their social campaigns. It’s a matter of managing expectations, and using social as part of a greater plan. Nobody is going to see a car ad a single time on a website and then rush out to buy the car. That’s foolish thinking.

But what if you provide value to potential customers with your content, be that direct provision or through sponsored conversations? What if people become actively engaged in what your brand is doing simply because what you’re doing is worth their time? This is where the social investment comes into play.

If it’s foolish to believe that throwing an ad on a website will be the one thing that will lead to sales, it’s equally foolish to think that you shouldn’t advertise online at all. While display ads, content series and the like aren’t the right answer for every company, they are powerful tools for many companies in the right hands.

The Path of Success

To wrap it up, I’ll simply say this – No, buying a display ad isn’t going to convert and make you an overnight success. Having a great product, engaging with potential (and current) customers via social channels and giving them a reason to engage with you is the path that must be walked.

It’s probably short-sighted of GM to pull its advertising from Facebook. The problem lies in the fact of an ad’s efficacy. Should GM pull the ads that it has been running? Absolutely. They’re not producing. But they should be replaced with ads that help to further a campaign, to build TOMA, to cut through the noise and to make certain that buyers think GM when they think of a new car or truck. It’s a bit more art than science, but for those brands who are willing to take the plunge, it’s a worthy investment of time and money.

Read next: This artist made a city out of movable type