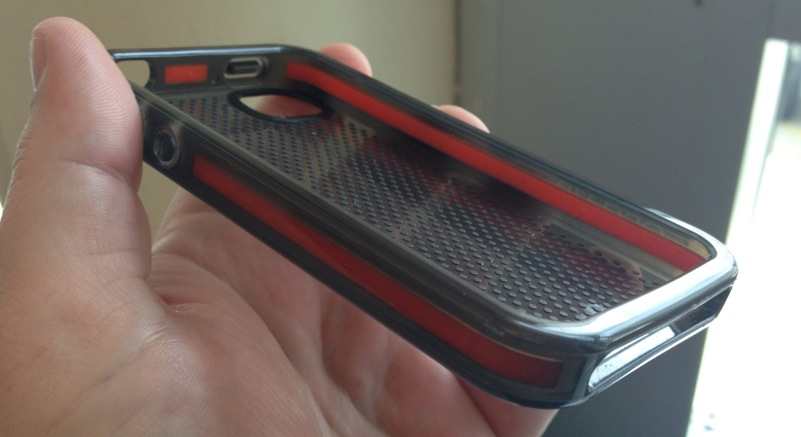 I’ll be the first to admit that I rolled my eyes when Tech21 sent me the PR for its new line of mobile device cases. “Oh goody, it’s another iPhone gel case” was pretty much the sentiment that I had. But due diligence is required, so I had their PR folks send me a sample to use before I got to CTIA. Surprising as it might seem, I was very impressed. As I would find out during the company’s demo, there are good reasons.

Let’s roll back a bit, to talk about the history of the company. Tech21 has been around for a bit, starting as a supplier to OEMs who wanted to offer better protection for their laptops and netbooks. But when the iPhone 3G came out in 2007, the company saw an opening for something more. The original Impact Band earned due fame for its incorporation of shock-absorbing material into a protective band.

But as devices have changed, so too has Tech21’s commitment to protecting them. The company bills itself as a student of “impactology”, which is to say that it studies the different forces that our devices go through, and then designs products to protect them based upon their findings. As Tech21’s, Michael Pratt tells me, “it’s more than just adding some thicker silicone”.

The latest innovation from the company centers around using D30 Lab‘s “impact fabric” inside its cases, providing up to 70% better protection than Apple’s own Bumper. The impact fabric is based on the same idea as a non-Newtonian fluid, which is soft enough to be pliable, but then locks up firmly upon impact. For Tech21, including the impact fabric into every step of its cases provides a level of protection that we’ve not seen in any other cases. 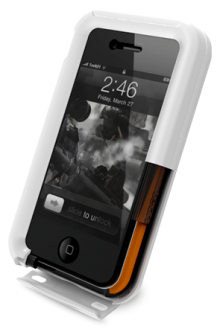 The Tech21 line is somewhat modular. Each of its systems for mobile phones starts with the Impact Band, or a variation thereof. Around the band for the iPhone you’ll see four separate zones of the impact fabric, embedded in the translucent band itself. If you want back coverage, you can step up to the company’s “Mesh” cover. Still need more? The Patrol cover allows your device, band in place, to have 100% coverage while still keeping your ports accessible.

Tech21 has some speciality cases for your iPhone as well. The Combat case is 6 layers of protection, similar in style to the Patrol. Taking your phone on the boat or around the pool? The Submariner will keep it dry, make it float and even has some space in the back for your ID and keys.

But you might have noticed that I said devices, and not just iPhone. That’s becuase the company takes the same material and makes leather cases for the iPad, Samsung Galaxy Tab, MacBook Air and much more.

Of course the real question is how well they work. For that, we have to look at what goes into the D30 material. Our friends over at SlashGear got a great demo, so take a look:

Over the course of the few minutes that I was checking out Tech21’s products, I saw Pratt throw his own phone no less than 4 times. And we’re not talking about a toss onto a chair, I mean that he literally threw his phone onto the ground. He even took my phone and bounced it off of the table with enough force that it absolutely would have broken if it were unprotected. After I picked my jaw up off the floor, he said that he doesn’t have any fear in doing it, because he knows that they’re not going to break.

In a world full of cheaptastic mobile cases, Tech21’s dedication to data, testing and evidence-based manufacturing help the company to truly stand out. They’re priced identically to offerings from OtterBox, and that’s no coincidence. Pratt tells me that Tech21 didn’t want people buying the cheaper product, they wanted them buying the better one.

We’ll be keeping up with them, reviewing their new protective covers as they come, but I can’t promise that I’m in a hurry to jump into a pool with my iPhone to check out the Submariner. Want more from CTIA 2012? Just click here.

Read next: Isis partners with American Express to bring m-commerce to millions in the US