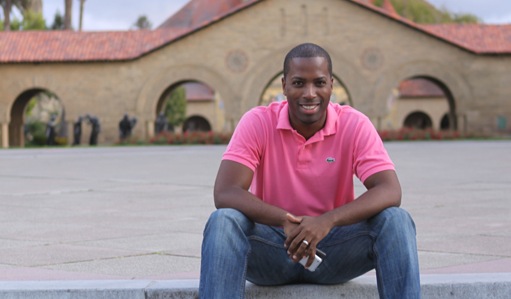 One of the faces of Foursquare has announced his departure today. Business Development VP Tristan Walker is headed to Andreessen Horowitz to take an “Entrepreneur in Residence” position, according to his blog:

“Once in a lifetime, if you’re lucky, you nail your dream job. It happened to me a little over two and a half years ago when I walked onto the 5th floor at 36 Cooper Square. From day one, the opportunity at foursquare enabled me to think big, take risks, re-imagine what’s possible … and following an incredible journey, I have decided to resign from foursquare to pursue my next big dream.”

The story of Walker’s joining Foursquare is the stuff of legend. He relentlessly sent eight emails to founders Dennis Crowley and  Naveen Selvadurai for an internship with the company, and on the eighth, he got a response from Crowley. After lying to Crowley, saying that he planned to be in NYC the following day, he booked a flight and the rest is the stuff of checkin history.

Within the EiR position at Andreessen, Walker could hold a few different roles. It’s not uncommon for VC firms or companies to bring in a well-seasoned entrepreneur in order to launch a new venture, but it’s more likely that Walker will work with the firm to assess the companies in which it is looking to invest.

What’s probably most interesting about the departure is that it follows co-founder Naveen Selvadurai’s own leaving almost exactly one month ago. While it could be worrisome to see such shifts in the leadership of the company, it’s not uncommon for entrepreneurs to head to a new challenge after one company is well-established.

Ultimately Walker’s own parting words say it best, and ring true to what drives entrepreneurs: