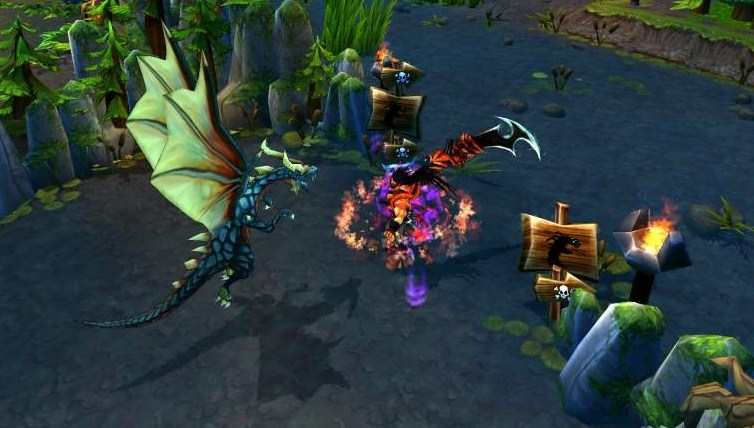 Just a few weeks ago we introduced you to a game entitled ‘League of Legends,’ noting that it had grown to the point that having a bit of knowledge about it is now a requirement. Today, we have more on League, often shortened to ‘LoL,’ and what its future holds.

Its parent company, Riot Games, has just announced a $3 million tournament series for LoL that will span the globe, culminating in a massive world championship this October, in California. This comes amid other news concerning esports, competitive gaming, that has reached the ears of TNW. Recently, a Starcraft 2 tournament attracted over one million unique viewers over a two-day period.

League of Legends has exploded from obscurity into an industry-changing force, as it has popularized the idea of ‘free to play.’ Free to play involves the distribution of a game for free, in which players can pick up in-game upgrades and custom elements for real currency. I’m not ashamed to say that League has taken around $30 from me since I started playing. For TNW as a whole, that figure is much higher.

Here are the hard details of the upcoming tournament: regional qualifiers will pick top teams from around the world in the following fashion:

From that pool of teams, some twelve, will the champion be derived at the grand final in Los Angeles. Riot Games is calling the entire shebang the ‘biggest payday in eSports history.’

That’s the news. If you want a peek at what League is, from a gaming perspective, I offer you this from our previous coverage:

There are five players on each team. There are two teams. There are two bases, connected by roads, which are dubbed ‘lanes’ in game. Along the lanes are towers, that shoot powerful bullets. From each base, every so often, a stream of ‘minions,’ low-level computer-controlled monsters, are sent forth. The two teams occupy the lanes, kill minions for experience, earn gold, try to take towers, and in the end, crash the enemies’ base.

It’s complicated on the face of it, dead simple to get into, and nearly impossible to master. Once a player finds their lip in the hook, it’s down the rabbit hole to Summoner’s Rift, the game’s main map.

What’s important is this: each player controls a unique champion. Therefore, with ten total players, five on each side, there are ten unique player-controlled characters on the map at a time. They are diverse as they are unique, which is to say, greatly. Each champion has different skills, and requires different item ‘builds,’ what you spend that gold on. It’s a never-ending kaleidoscope of possibilities, one that is nearly impossible to imagine mastering.

Read next: For $100, an Uber SUV will deliver a Mariachi band to you on-demand