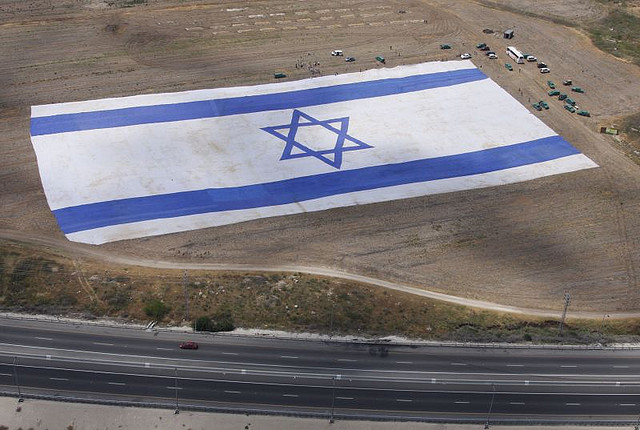 I didn’t know much about the tech scene in Israel before I left the states for Microsof’t Think Next conference. The country, often referred to as “Startup Nation”, has its stuff together when it comes to building a powerhouse of an ecosystem for technology.

When I visited Mexico City, I wrote a piece called “There’s No Magic In Silicon Valley“, which was a response to some of the discussions I was overhearing about how developers in the country dream of moving to the bay area to realize their dreams.

My point was, and still is, that it doesn’t matter where you are as long as you’re creating something of value. An ecosystem of developers can be created anywhere, you just have to “want” it. Unlike Mexico City, the startup culture in Israel is extremely open and supportive. The country doesn’t fear failure the same way that other places in the world do.

While saying that Silicon Valley isn’t “magical”, that’s not to say that I don’t believe it’s one of the most amazing places to start something on Earth, because it is. The real advantage that the United States has when it comes to starting a company and a product and getting traction immediately is our built-in nature to want to try new technology.

Silicon Valley doesn’t just have a tight-knit community of idea people who build things. The unique thing about places like San Francisco and New York City is that there are a whole lot of early adopters who are ready to play with whatever we create. It’s like having a massive focus group that will help usher your product to consumers organically.

That layer of adopters is something that Israel is missing. There’s a disconnect between consumers and developers, therefore most of the products that make big waves in the country are security-based or big data focused. While entrepreneurs have great relationships with each other in Israel, there is definitely not the built-in audience for new consumers products that there are in the States.

If you go back and think about how you found out about each of your favorite apps and sites, it probably happens very similarly. A geeky friend of yours tells you about it, you read about it on a site like The Next Web, or you see a random Facebook or Twitter post linking to it. It’s a very rhythmic process that appears to be something very unique to the United States.

When it comes to San Francisco and New York City especially, developers have a network of friends and former colleagues that they can test out ideas on. Basically, engineers and developers don’t just sit in a room, they actually get out there and interact with non-techies. That hybrid relationship is the crux of what many may see as “magical”.

While it’s definitely unique, it’s not something that other places like Israel can’t catch up on. Even before I started writing here, I would have friends send me links to things they’ve created all of the time, asking me what I thought.

In addition, we have a unique postion, one that I’ve held, called “Community Manager”, that serves as the face of small companies, reaching out to people and listening to their feedback.

Adopting Community is the next step for places like Israel

To take the next step, Israel has to become a player in consumer technology. It’s not out of the realm of possibility for the next Instagram, Foursquare, or Twitter to come from this beautiful country. There’s no lack of talent, an interesting culture for fundraising, there just needs to be more of an involvement from the “regular joe”.

If Instagram hadn’t of had feedback on its first iteration, Burbn, who knows what would have happened. It’s the learnings that the company made that sent them on the direction that they took. A vibrant community of people who are waiting to try the next cool thing is extremely valuable for Silicon Valley, and it’s a trend that we’ll start seeing in Israel, Mexico City, and every place in between.

Read next: Android now accounts for half of all smartphones sold in Southeast Asia