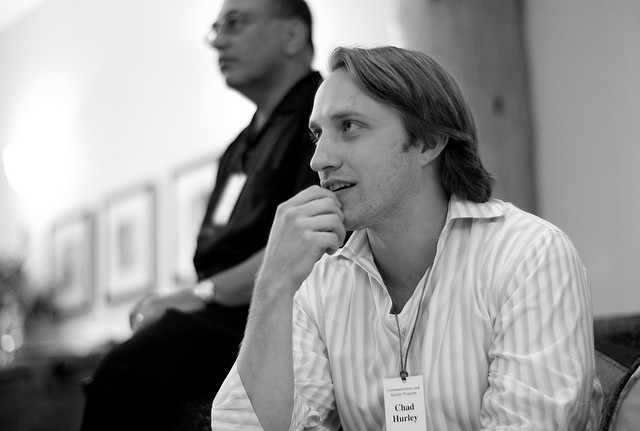 Internet company AVOS Systems has raised a Series A round of funding, co-founder Chad Hurley announced on stage during a fireside chat at The Next Web Conference in Amsterdam today.

New Enterprise Associates (NEA) and Google Ventures led the round, with participation from Madrone Capital and China-based incubator Innovation Works.

The size of the round was undisclosed.

The fact that Google Ventures is co-leading the round isn’t too surprising, considering that the mothership famously acquired YouTube from co-founders Hurley, Steve Chen and Jawed Karim for a massive $1.65 billion back in 2006.

“As their success at YouTube has clearly demonstrated, Chad and Steve have an amazing gift for connecting people to the content that matters to them. We’re delighted to be working with the AVOS team again, and look forward to helping grow AVOS and its technology properties.”

As we reported earlier, one of AVOS’ main products is social bookmarking and content curation platform Delicious, which it recently redesigned (and rewrote) after acquiring the service from Yahoo back in April 2011.

Other products that AVOS is working on are mei.fm, Delicious’ Chinese counterpart, and Zeen, which will let users ‘discover & create beautiful magazines’.

This is just the start – in a recent interview with The Next Web, Hurley described AVOS as “a sandbox that gives us the ability to think of an idea, get it up and running quickly and not have to deal with the frustration of starting from zero.”

According to Hurley, AVOS will primarily be using the funding it has raised “to grow [its] team, and for more strategic acquisitions in the future.”

AVOS is also expanding its board, with the addition of Gideon Yu, former YouTube CFO, Facebook CFO and current president of the San Francisco 49ers. NEA partner Alex Kinnier, who is also joining as a board member, said:

“With YouTube, they fundamentally changed the Internet. Since then the demand for rich, relevant content experiences has only increased. This is why we’re so excited to work with them as they bring their extraordinary new vision to fruition at AVOS.”