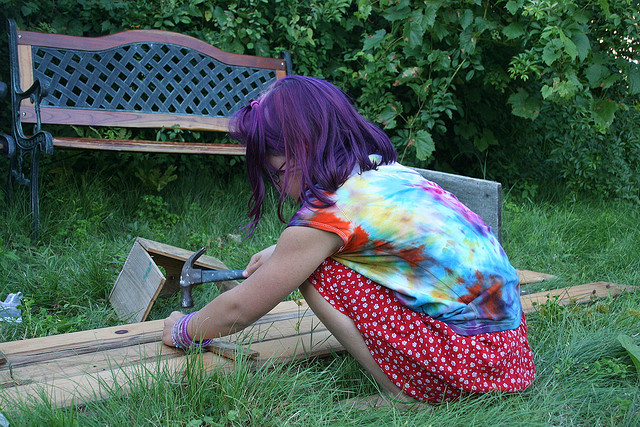 For the most part, the Internet has been a place for teens and grown-ups to explore content and communicate. Other than playing games or watching funny YouTube videos, there really aren’t places for kids to hang out and participate in the way that the rest of us have, on a global scale.

All of that seems to be changing, if a new company called DIY has anything to say about it. Knowing that kids are some of the most curious and creative creatures on the face of the Earth, the company wants to build tools and communities for that process to flourish with a little help from technology.

DIY is founded in part by NYC-based entrepreneur Zach Klein, who co-founded a few companies that you might be familiar with, Vimeo, BustedTees, and Svpply.

Here’s what the team had to say about its launch today:

Our ambition is for DIY to be the first app and online community in every kid’s life. It’s what we wish we had when we were young, and what we’ll give to our kids. Today we’re releasing a tool to let kids collect everything they make as they grow up.

It’s a pretty admirable, and quite a lofty, goal that the company presents here, but we love that kind of thing at The Next Web.

The tool that DIY mentions is a site and iOS app that allows curious kids who like to build things a place to share all of those things with a community, as well as save it check out later in life. Here’s how all of that works, with the help of their involved parents of course:

– DIY kids sign up and get their own Portfolio, a public web page to show off what they make.
– They upload pictures of their projects using diy.org or our iOS app.
– Kids’ projects are online for everyone to see, you can add Stickers to show support.
– You also have your own dashboard to follow their activity and to make sure they’re not sharing anything that should be private.

The iOS app mirrors the functionality of the site, but is a pretty cool way to document all of the projects that your whip-smart kids are working on:

The company has set up a pretty awesome section and resource for parents, so that they can get an idea of how the DIY product can help their kids become more creative and become proud of the things that they do.

In the same way that Facebook and Google have created more millionaires, geeks are now having little ones of their own, so our notion of sharing and interaction is something that we can pass down via a cool concept like DIY.

This is definitely a company to keep an eye on, given Klein’s string of success and the dedication the team seems to have to the concept.

Read next: Is that an iPhone in your bra or are you just happy to see me?