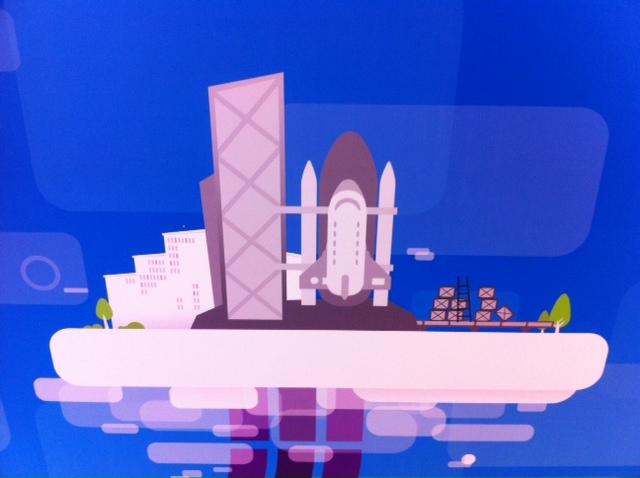 After a whirlwind trip in Israel for Microsoft’s Think Next conference and meeting with many up-and-coming startups, I have a whole bunch of tales to tell. For those who are aware of the tech scene in Israel, you’re familiar with the description of the country as “Startup Nation”, and for those who aren’t, you’ll start to understand why once I start telling you all about it.

As I came to learn, Microsoft is a huge force in Israel, lending a hand to many of the startups that I met. The company is attempting to build a really strong ecosystem of entrepreneurs, developers, engineers, and design talent, and decided to start the company’s first ever accelerator right in the heart of the country.

Right next door to the Microsoft R&D center, the company renovated a large shared space and cleared out a floor just for startups. The focus is to bring in companies to utilize the Azure cloud platform to help them scale and grow, which is a rocky proposition, especially in Israel. Along with the ten startups, there is a mentorship heavy program with forty of the top startup CEOs in Israel.

Check out the “space” that Microsoft has built out for its first class below (click the images for bigger sizes):

The company hopes to piggy-back on the success of the accelerator and bring them to locations where Microsoft has a heavy presence; United States, India, and China.

Israel is a force to be reckoned with as far as technology goes, but as I’ll explain in a future piece, it has some work to do in the consumer space. The country is very advanced in cyber-security, but has yet to hit on a string of consumer successes like we’ve seen in the US.

The space is still very new and none of the companies have moved in yet, but we’ll keep you up to date on its process. This accelerator will fit in nicely with the company plan to build out similar spaces for Windows Phone and Kinect developer adoption.

Read next: Bing for sale? Given its losses, I doubt any potential suitor could afford it