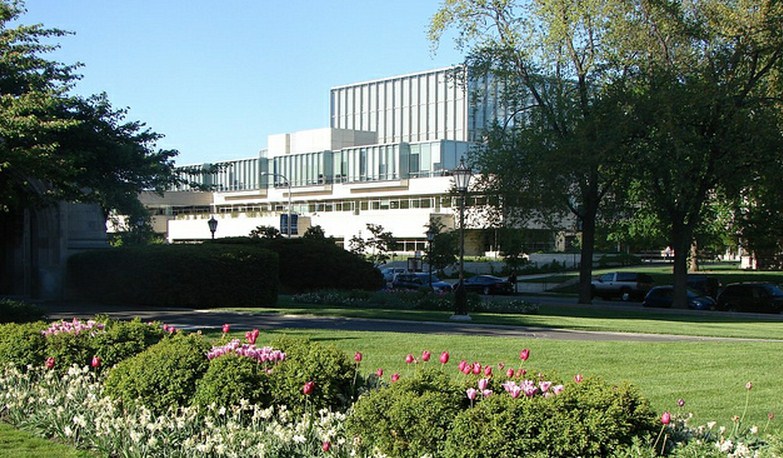 I spent a fair chunk of my day today at a hackathon, and not one that I participated in. I was a mere judge, and along with a few other Chicago-based technologists judged a staggering 14 projects built by students from in and around Chicago.

The event, hosted at Booth Business School (part of the University of Chicago), was attended by students from other schools such as Northwestern, and the University of Illinois at Chicago. I’ve taken classes at Booth, so it was good to be in my old stomping grounds. [Edit: The hacking portion of the event was in fact hosted by the UChicago Computer Science department. My mistake.]

I had no idea what to expect. I’ve taken part in a Startup Weekend, been to many demo days, spent time hanging in incubators, and know more developers than I can name, but when a pool of talent was constrained to students, what would the result be? I wasn’t sure.

However, and this was to my surprise, the quality of ideas, and nearly so in the case of execution, was just as high as you might expect from a hackathon of developers in their 20s and 30s (or even older). I was quite impressed.

Now, before I give the participating groups a small dose of media coverage (everyone enjoys a good mention), I want to make a point: invest in university-level hackathons. Do it. The prize for this event? Two Macbook Airs, donated by Enova, who also generously put up a small bit of cash to cover some pizzas and other incidentals. The University of Chicago donated space, both for the hacking, and for the pitching.

A pittance, in other words. But because the event was consummated through the prizes (poor college kids need computers, and so it gave the whole affair a wonderful edge), more people turned out and worked harder. In other words, around 50 students spent several days learning, working, and building great stuff, all for a reward worth little more than a few thousands dollars. At a big conference, that gets you a small table. Here, dozens students really learned. And, the brand got its usual slot up front, and therefore got to flash its jobs page in front of a room of budding developers.

Everyone won, in other words, for a small sum. So, if you are looking to make an impact, look at your local schools. No, you won’t get the biggest marketing return, but it will make a difference, and a real one. We need to keep our eyes on the next generation of developers.

Now, back to business, QuestionStream won, taking home the computers with them. Other participants, according to my scribbled notes, were Time.ly, Kill-A-Watt-Hour, Face Pong, Resume Wolf, an app for tracking book releases, HabitHelper, Windy City Schools, SpotMe, BotRocket (my favorite, I intend to buy its founder beer), an anti-Chalk (Blackboard) app, Ask and Tally, SoundingBoard, and Semester Planner.

My hat is off to the student teams. Great work, and keep me in the loop as you continue to hack.

A personal thanks to second-year student Forrest Scofield, for all his effort, and make-it-work mentality. He’s someone to watch.

Read next: Apple's Chinese iPad trademark saga could soon be over, as court and Proview both push for settlement