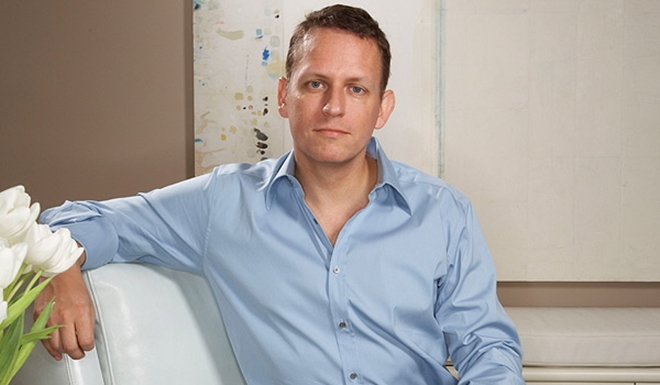 Peter Thiel is a guest at April’s PandoMonthly event, a serial investor (who famously owns part of Facebook) and well known Silicon Valley figure providing a series of unique and insightful comments on the business behind startups.

Talking about increased competition and lack of differentiation in the startup space, the PayPal founder said that competition was good for society but less positive for entrepreneurs and business owners.

“It may be a good thing for society. It’s good if you like eating in restaurants. It’s not a good thing if you’re in the business of starting a restaurant,” PayPal founder Thiel told host Sarah Lacy.

Thiel believes that greater development and creativity would be found in the US if there were more monopolies, although he admitted that they bring issues in other areas.

“Obviously monopolies are bad,” he said, “but if the result of them is people developing different technology, then that’s a much better society that has with people innovating, creating new things and capturing value. That’s better than people doing the same things.”

When asked whether competition spurred PayPal to push on and own its space, leading to an acquisition from eBay, Thiel said that the company was simply the best in its field, which made the crucial difference.

“We were dramatically better,” Thiel said. “They [eBay] could have bought any number of competitors, but it wouldn’t have been the same. You never want to be doing something where you’re just a commodity. It’s the same for each person, you never just want to be a replaceable commodity, wherever you are.”

Today’s companies striving to add value, be different and again a market share in the US, and overseas before their rivals, but Thiel critiqued the ‘first mover advantage’ theory. The Facebook investor explained that, in his view, real business value is earned (and visible) over time.

“The most valuable tech firms are not the first movers, they are the last ones in their field. Microsoft was the last operating system, and Google was the last search engine. The value gets created very very quickly but the reality is that most of it is captured over decades.”

Thiel’s background as an investor and former founder makes his position on competition less surprising. As someone who has invested time and considerable sums of money in businesses, he’s no doubt less of an advocate of the ‘innovation by competition’ argument, which sees the best services flourish and weakest perish.

Read next: Here are Etsy's own tips for getting your goods noticed and sold on the online craft marketplace