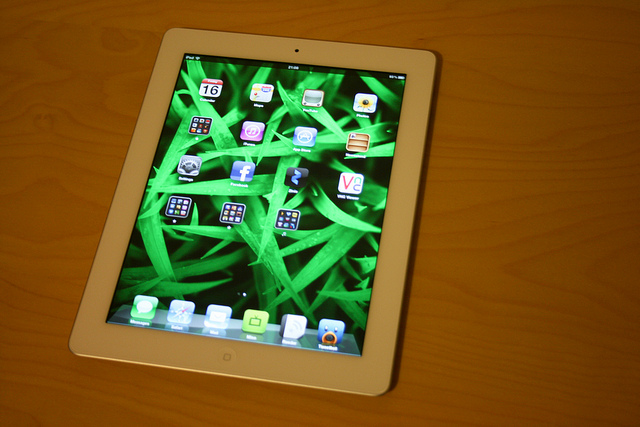 A tweet from a NYC based designer caught our eye yesterday in which he posted a picture a beautiful looking iPad app for Spotify that he was working on. We immediately started asking each other here at TNW if this was an official effort from the company, which has an office in NYC.

It turns out that we weren’t the only confused ones, as Max Petriv explained Appdadvice today:

Spotify’s PR team called him yesterday to inquire whether he is designing the official app. It’s just an unofficial version, but the company should take note of his spectacular design skills.

What has everyone so excited? Well, first of all there is no official iPad app for Spotify, and the current iOS version has to be run in 2X mode to be even remotely usable on the device. Needless to say, it’s a crappy experience and we can’t figure out why Spotify hasn’t released an official iPad-only version yet, which it has promised for some time.

I’m working on a new look and feel for @spotify iPad and iPhone App. Much more to come. This is just a sneak peek. twitter.com/talkaboutdesig…

Now you can see why we were all confused by the tweet, as it seemed like Petriv meant that he was working on the official Spotify app for iPad. Even though he’s not, the early sneak peak has caught our eye and have us salivating over the possibility of it being in our hands sometime soon.

Here’s why Petriv decided to put his focus on building the app:

I’ve started the project last week. It all began when I realized how much I love Spotify, and how there is no official app. I didn’t want to create something that looked like their regular app either. The idea here is to make it more fun to explore music and find something you didn’t even know you liked.

Not sold yet? Check this out:

Thought I would share more of @Spotify iPad app. This is what expanded album view looks like. twitter.com/talkaboutdesig…

Our own Alex Wilhelm points out that this looks a lot like Zune’s Metro desktop app.

Since this guy is based in NYC, Spotify should reach out to him and get him on the mobile team to work on its iPad app. Whether it’s official or not, I’ll be downloading this as soon as it comes out. The iPad is just screaming for huge album art and buttons from Spotify, so hopefully it comes soon.

Read next: Facebook partially supports CISPA, but is talking with "key lawmakers" about changes