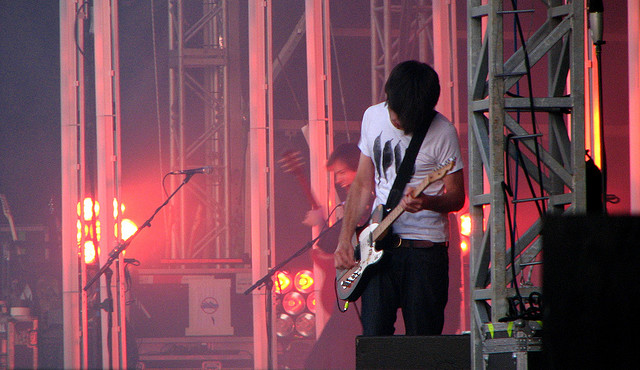 With the weekend tradition that is Coachella going down this weekend, it’s hard to figure out which acts are must-see. Even if you’re not at the event, YouTube is streaming live from Palm Springs starting today.

Music service Last.fm decided to delve into its massive amount of data to try and predict which acts are the hottest rolling into the weekend.

When you listen to music and have an account with Last.fm, all of that information is sent back to the service so it can track what you’ve listened to. As with most data, that’s where the real fun starts, because Last.fm can tell you who your favorite artists are based on what you listen to the most. By putting all of this data together with everyone who uses the service, it can tell you who’s the hottest act in town.

Here’s how the top three performers stack up over the past year when it comes to listens:

Coachella’s main headliners are Radiohead, The Black Keys, and Dr. Dre. Of the three, Radiohead leads with more than 329 million total plays and 3.7 million total global listeners, followed by The Black Keys, whose listeners have grown by almost double since the release of El Camino last December, with 53 million plays and 1.1 million listeners. Dr. Dre comes in third for overall plays with 22.6 million but second in listeners with 1.6 million.

On a weekly basis, The Black Keys are the only headliner to be trending up on their way into Coachella Valley:

Here are some acts that you might not have heard of, but are picking up steam heading into the weekend:

For the up-and-coming acts, some of the fastest-rising bands on Coachella’s line-up include Swedish electropop band Miike Snow, with more than 12.9 million plays, Childish Gambino (who plays Troy Barnes on the NBC series Community) with 6.4 million plays, and 20-year old lyricist Azealia Banks with nearly 700,000 plays.

All three artists are trending up as they head into this weekend’s festival:

If you’re not sure which acts to catch, Last.fm has an app for iOS and Android called “Festivals” which will look at your scrobbling data and suggests some bands to check out. If you’re sitting back on your couch catching the live action online, head over to the Coachella channel on YouTube and start marking down which bands you want to see by making a playlist.

➤ Last.fm Festivals for iOS and Android

Read next: Jittergram for iOS turns two photos into a jittery 3D stereogram