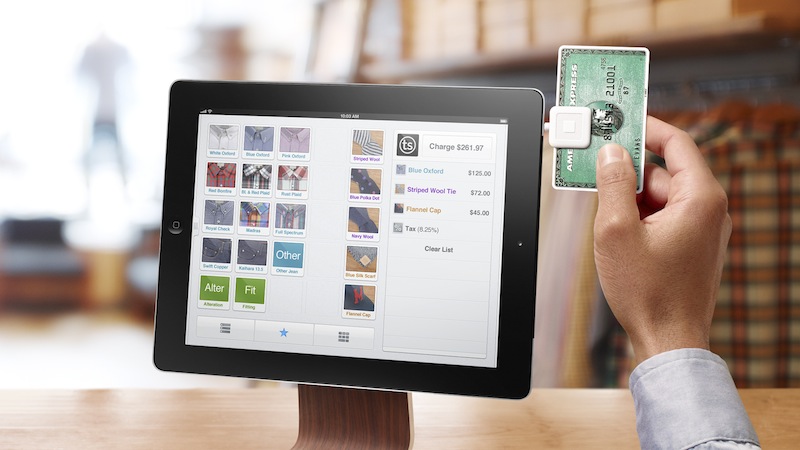 I’m a pretty big fan of Square, the order processing dongle and app that lets anyone become a merchant. Around the Bay Area, it’s nearly impossible to find a cool coffee or pastry shop that doesn’t accept Square, and that’s a testament to the product, as well as a marvelous job of merchant-relations by the company.

Merchants didn’t just start using Square because they saw it in the Apple store, the word of mouth about Jack Dorsey’s company spread like wildfire among those who either accepted credit card payments, or wanted to. For example, I enjoy going to the Farmer’s Market along the Embarcadero in San Francisco, and I remember what it was like trying to shop before there was Square. I had to run to the ATM, which I rarely do, and handle a bunch cash as I paid for my goods. It was a pain, and now that most of the merchants use Square, it’s a whole new world.

With Square’s app, you don’t even have to break out your credit card and swipe anymore. With Square and its Register product, merchants know when I walk into a store and can get my favorite coffee ready for me, I can see what specials they have, and they accept my payment without ever opening a cash drawer.

When I spoke to Square’s communication team last week, I was really interested in learning more stories like this, stories about people that might not have ever started a business if it weren’t for Square and its payment processing capabilities.

The team has shared those stories with me and I thought it would be great to share one with you. When we get caught up in technology, it’s easy to forget about the actual lives that technology touches.

Sushi on the run

Here’s a story that’s indicative of the disruption that Square is causing in the payment marketplace. Regular people are earning a living and accepting payments in a way that’s easy for their guests.

One company in Salt Lake City called “Cruizin’ Sushi” has an awesome story about how its food truck uses Square:

Joshua and his wife were involved in the restaurant business for 15 years before launching their sushi food truck in March of 2010. They decided to go the food truck route to keep overhead costs to a minimum, not to be subject to one location, and to ensure they were always 100% involved in the business. Running a food truck gives them the ability to receive directly feedback from customers, and “get out on other people’s levels.” Joshua loves talking to people right off the street and meeting a variety of people.

When launching, they were looking into a credit card processor that would enable them to accept mobile payments. They would need to rent equipment for a few thousand dollars, sign a contract, and pay for Wi-Fi. “Luckily” (his words, not Square’s), they discovered Square a few days before launching – and began to use Square on their iPhone. Recently they downloaded the Square Register app. They spent time taking beautiful pictures of their sushi creations and adding them to their inventory. Now when a customer has a question about the sushi, they can show them a nice visual of what they’ll be receiving. Joshua said it’s made ordering easier and adds an element to the sale of the product.

When you’re talking about spending thousands of dollars on equipment versus a free card reader from Square, it’s a no-brainer for people like Joshua and companies like Cruizin’ Sushi. Pretty rad, huh?

Here’s a new video that the company shot in Austin this year at SXSW showing off the power of Square:

Also interesting to note, from what I’ve been told, the taxi experiment is going really well in NYC, so it might not be long before you end up swiping your card with Square and signing an iPad with your finger in your local cab. There’s no reason for you not to start your own “lemonade stand” now, and Square’s technology is helping to turn anyone and everyone into an entrepreneur.