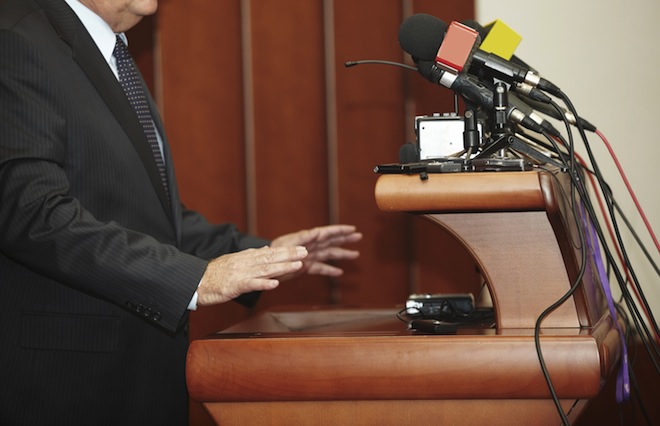 Firing hundreds or even thousands of employees is never fun, for any company.

And it’s not easy announcing it to the world either, because it inevitably means something – often, of course, multiple things – happened that led to a situation where all those people once sorely needed to make business run smoothly, essentially no longer are. It means you’re admitting that those things happened to you, whatever they are, and you’re doing it in front of everyone. Not an easy task. 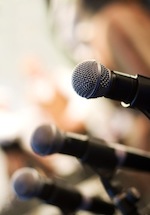 So of course we’ve all seen our fair share of PR spin over the years, especially when the companies proceeding with the layoffs are publicly listed – shareholders, tons of rivals, media and industry pundits worldwide watching their every move, interpreting every word they utter in public.

It’s not that management screwed up, wrong decisions were made with a devastating impact to the company’s business, a competitor out-innovated or out-marketed the organization in question, its products sucked or were overpriced (or underpriced for that matter), customers were not serviced they way they should have been, or that the company simply misinterpreted the market.

No, no, that’s not what happened. At all. Let’s be totally untransparent.

The company are merely taking a step towards a better future. Reorganizations are made to reshape the company for times ahead, particularly considering the challenging global economic climate. A restructuring was needed to increase a company’s competitiveness or strengthen its positioning, that’s all. Jobs were cut to save costs, sure, but that was necessary in order to rebalance the company’s global workforce skill sets and to better aligne its business with industry trends in mind.

Sidenote: thank you Loïc Le Meur, of Seesmic fame, for a breath of fresh air.

This isn’t anything new, of course, and it likely won’t change anytime soon either, but here’s what some notable tech companies said when major lay-off rounds hit:

Yahoo! today confirmed that it is taking important next steps to reshape the company for the future.

“Today’s actions are an important next step toward a bold, new Yahoo! – smaller, nimbler, more profitable and better equipped to innovate as fast as our customers and our industry require. We are intensifying our efforts on our core businesses and redeploying resources to our most urgent priorities. Our goal is to get back to our core purpose – putting our users and advertisers first – and we are moving aggressively to achieve that goal,” said Scott Thompson, CEO of Yahoo!.

To deliver on its new strategy, Nokia today announced plans to align its global workforce and consolidate site operations.

“At Nokia, we have new clarity around our path forward, which is focused on our leadership across smart devices, mobile phones and future disruptions,” said Stephen Elop, Nokia president and CEO.

Nokia has today announced planned changes at its factories in Komarom, Hungary, Reynosa, Mexico and Salo, Finland. The measures follow a review of smartphone manufacturing operations that Nokia announced last September and aim to increase the company’s competitiveness in the diverse global mobile device market.

“Shifting device assembly to Asia is targeted at improving our time to market. By working more closely with our suppliers, we believe that we will be able to introduce innovations into the market more quickly and ultimately be more competitive,” said iklas Savander, Nokia executive vice president, Markets.

Nokia Siemens Networks today announced its strategy to focus on mobile broadband and services and the launch of an extensive global restructuring program.

“We believe that the future of our industry is in mobile broadband and services – and we aim to be an undisputed leader in these areas,” said Rajeev Suri, chief executive officer of Nokia Siemens Networks.

In order to better align resources around Digital Media and Digital Marketing, Adobe is restructuring its business.

In addition to the management changes outlined above, RIM today provided further details on its cost optimization program, which is focused on eliminating redundancies and reallocating resources to focus on areas that offer the highest growth opportunities and alignment with RIM’s strategic objectives.

The workforce reduction is believed to be a prudent and necessary step for the long term success of the company and it follows an extended period of rapid growth within the company whereby the workforce had nearly quadrupled in the last five years alone.

As part of this broad effort, RIM is reducing its global workforce across all functions by approximately 2,000 employees.

“IBM is constantly rebalancing its workforce. That means reducing in some areas and hiring in others — based on shifts in technology and client demand. This flexibility allows IBM to remain competitive and relevant in an industry that is constantly changing.

And given the competitive nature of our business, we do not publicly discuss the details of our staffing plans.”

T-Mobile USA, Inc. announced today it will consolidate its call center operations from 24 to 17 facilities by the end of June.

“Concentrating call centers is an important step to achieve competitive cost structures to successfully compete as Challenger and value player in the wireless market,” said Philipp Humm, CEO and President of T-Mobile.

Blizzard Entertainment, Inc. today announced that it has conducted a review of its business based on current organizational needs. Following a completion of the review, the company is conducting a global reduction in workforce of approximately 600 employees.

“Constant evaluation of teams and processes is necessary for the long-term health of any business. Over the last several years, we’ve grown our organization tremendously and made large investments in our infrastructure in order to better serve our global community. However, as Blizzard and the industry have evolved we’ve also had to make some difficult decisions in order to address the changing needs of our company,” said Mike Morhaime, CEO and cofounder of Blizzard Entertainment.

Read next: 9 apps to get you outdoors over a holiday weekend in the UK