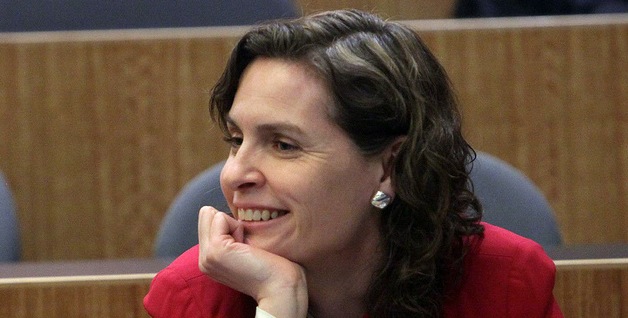 Susan Crawford is most often described as an “Internet policy visionary”, and you’d be hard-pressed to argue that title. Her CV includes the title of professor for Harvard’s Kennedy School, a visiting professor at Harvard Law, former professor at the University of Michigan Law School and a board member for ICANN among many other positions. But her true passion lies in trying to fix how we see the Internet.

I caught up with Susan for a brief chat in advance of her talk at TNW Conference 2012, where she gave me a bit of insight as to how she sees the Internet, and how she hopes the rest of us will see it as well. Crawford understands that the US has a “huge problem” with its Internet services; services that she describes as being “out of proportion with the rest of the world”.

“The United States is becoming a third-world nation when it comes to Internet access.”

In a point of history where US politics seems to be fighting off “big government” at every turn, Crawford says that it’s actually time for the government to play more of a role. She asserts that we absolutely must treat Internet access as we do any other utility.

“Electric services is a good parallel, it’s a basic commodity with infrastructure elements. Without government intervention, you have incredible gatekeepers that are set up. In the 1910s this happened with electricity, where it was regulated as to exactly what you could connect to the service.”

That’s almost exactly how it is for many of us in the US. Chances are, if you live in an area that isn’t considered to be strictly rural, you do have access to broadband Internet. But you probably only have one choice, and it’s likely a cable provider. By global standards, what we in the US consider to be broadband is arguable at best, and Crawford says that cable is “like selling a Toyota Corolla at Lexus prices”.

Contrast that to Stockholm, Sweden, which boasts 4 LTE providers and dozens of options for fiber-to-the-home (FttH) providers. In many instances, according to Crawford, 1 GB fiber connections are being sold for as little as $15 per month — a stark contrast to the $70 that I pay each month for my own 30 Mbit connection.

Here in the US, we have only two examples of what can happen with municipal fiber projects. Google Fiber in Kansas City, as well as a true muni fiber option in Chattanooga, Tennessee stand out as testaments to how inexpensive the projects really can be. According to Crawford, Google’s Kansas City project is a prime scenario because we’ve all been able to see exactly what goes into making FttH a reality.

Crawford will be speaking at TNW Conference, with a focus on where we are today versus where we should be, and how education can overcome the stigma associated with government-related projects. We hope you’ll join us, as this visionary of Internet policy shares her valuable, educated insight.

Still need a ticket to TNW Conference? You can find them here

Read next: Dev Bootcamp in San Francisco just increased the number of Ruby devs by 20