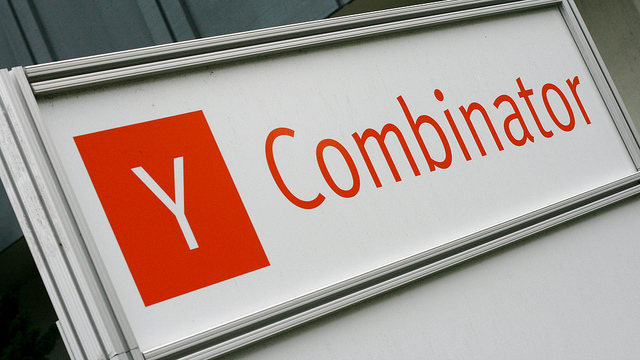 As promised, we attended the Y Combinator Demo Day and boy was it a huge event. The largest batch ever to demo at the event, 66 companies, stood in front of a crowd of over 400 investors to give two minute presentations on why they deserved to be funded. Some of them were pretty convincing, showing that the “art of the pitch” is something everyone is picking up these days.

Some of the companies presenting, like Boutique-focused E-Commerce site Shoptiques, already had funding and weren’t looking to raise anymore money at this time, which is pretty impressive given the fact that this three month YC session just ended. A good portion of the companies have already gotten some seed funding, which means that the YC model generates a huge pool of talent that investors like to get involved with early on.

An interesting perspective on the event came from TechCrunch-founder-turned-VC Michael Arrington:

YC Demo Day – It makes VCs feel like a 7 year old kid at Disneyland. So many rides! Really long lines/valuations though. Fun!

We jotted down notes as each company presented, putting together a list of our top ten “best bets”, otherwise known as promising young startups that you’ll probably be hearing more about in the coming months.

Mobile was definitely a big theme at Demo Day, but there were some interesting spaces being disrupted that seemingly haven’t been touched before. Unfortunately, we can’t talk about some of the companies, as they were presented with an “Off The Record” asterisk, as they aren’t ready for public consumption yet.

In no particular order, here are the best ten very unique companies that participated in the latest three month session at Y Combinator and our opinion on what made them so special:

The best way to describe Daily Muse is an About.me for companies. Hiring at startups has become one of the most difficult things to do and competition for talent is fierce. What Daily Muse lets companies do, for $1500/month, is create interactive “company ads” to share news about the company, give an insight into its culture, as well as recruit new talent. It’s a site where companies can direct people to, or be found on. The destination side of it includes a whole host of content to help job-seekers find the right gig and present themselves in the best way.

Some of the companies using the Daily Muse platform are AirBnb, Pinterest, foursquare, Tumblr, Twilio, and Klout. Big companies like Dell have also started using the site as a way to stay competitive in recruitment and retention. Daily Muse calls itself the “future of jobseeking” and we have to agree with the fact that it’s definitely on to something. 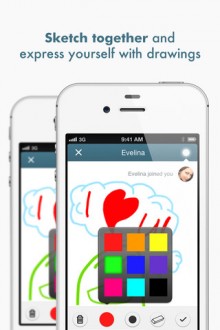 While Path lets you share things with 150 of your closest friends, Pair only share with your significant other. The company calls the product “Super-SMS”, meaning you can do more than just text. This is a perfect app for long-distance couples, or if one of you are out of town a lot. You can share photos, videos, sketches, activities, and even your location with that special someone.

Some people joked that there’s no need for an app like this since we have Facebook, but a former Facebook employee and founder of Path, Dave Morin, has already stepped up to invest in Pair. The app has one of the most brilliant social features that I’ve ever seen, called “thumbkiss”, allows couples to match up their thumbs on the screen and when you touch in the same place, your phone vibrates. It’s a cool experience that could keep this app afloat for some time.

The Shoptiques team wants to do more than just sell things online. The company gives small boutiques from around the world the ability to present limited edition items to a customer-base that they only dreamed of in the past. Having just launched on March 21st, the company is already funded and isn’t looking to raise anything else right now, and has a demographic consisting of mostly women.

While I won’t go into great detail about the site in this post, one of the really unique things that the company does for its stores is provide them with world-class photographers to take pictures of their goods, for free. Yes, the company charges per transaction, but by helping these small shops get started with selling things online, it’s building trust with them that could last a long time.

When I asked the team what the big lure of Shoptiques was, they told me: “Being able to “shop in ‘Beverly Hills'” from anywhere in the world.”

This is one of those ideas that I simply can’t believe doesn’t exist already. The idea behind EveryArt is simple; Pair artists up with people who want to commission artwork for their home or offices. The site lets you connect directly with artists who will create custom pieces of art for you by letting you take pictures of your apartment or office space, and giving the artist some general direction on what you’d like done.

A lot of people simply buy prints to hang on their walls, but by connecting you directly with artists, you can have original paintings adorning your brand new home. The site has already facilitated $25k worth of artwork, and only launched a week ago. An interesting early client for the site is Dropbox, who just moved into a new huge space that needs some art.

If you have kids, you’ve probably found that your addiction to smartphones is shared by them. They want to play games on your device and may even already be asking for one of their own. The problem with that is you can’t control the experience they have on the device, especially when it comes to surfing the web or downloading apps.

A company called Kyte wants to change that by locking down an Android phone inside its app, which lets you control the device and check on your child’s activity from a dashboard on the web. There’s a monthly fee for it, but I can totally see parents giving old Android phones to their younger kids and let them go to town. This is a really smart idea and one that could take off fast.

Many see the iPhone as the next big gaming platform. But not all companies are seeing the apps for it as the only way to play games. A company called Flypad has created an app that turns your iOS device into a joystick that lets you play games on a PC or TV. You can watch a demo below:

The idea behind it is genius, but unfortunately you can only play PC based games with it right now. The app turns your iOS device into a motion sensing controller, much like the XBox Kinect.

What happens when your car breaks down? You call the mechanic, right? Your Mechanic is a company that wants to cut out shops as the middle man, and put you directly in touch with the mechanics. Not only does this save you a ton of money, but it saves you time as you don’t have to make an appointment with a dealership or shop that might have a backlog.

The company hasn’t launched publicly yet, but says that it has handled $90k in transactions and people love the fact that mechanics come right to their house. The team calls it the “AirBnb for mechanics”, but this sounded more like Exec or Uber to us. It’s a brilliant idea that could disrupt an entire industry, plus you don’t have to search through Craigslist for a mechanic ever again. 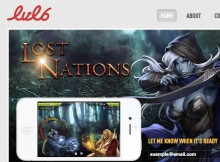 Since we already know that gaming on mobile devices is a huge market, as we’ve seen with Zynga’s recent acquisition, churning out hit after hit like Rovio does with Angry Birds is no simple task. For LVL6, however, it’s not only simpler but it’s a science.

The company claims to have created an engine for building games that gives them twice the development speed that other shops have. Its first game, Mercenary, Inc., was built in under a month and nabbed 250K users in its first week alone.

LVL6 says that it has the capability to become a “hit machine” in a matter of months, and we’ll definitely be watching what they come up with. Its next game, Lost Nations, is due within the next two weeks.

A Wiki isn’t the easiest tool on the web to use. Sure, once a lot of savvy people have formatted everything correctly, they’re a joy to click through and read. Wikipedia is a wonderful place full of structured data. But actually putting those pages together as an author is a real pain in the ass.

HackPad wants to make Wikis more collaborative and easier to use for groups of people. It lets people see content and edits in realtime, as well as see who has edited what based on color-coded authors. Check out the demo here:

With extra features like tasklists, easy to share URLs, and emailed version updates, this could be the one Wiki platform that you don’t mind bringing into your company. There will be less complaints than there are with other systems, trust me.

One of the companies that got the most amount of buzz and attention during the lunchtime meetings was Flutter. We’ve written about the company before, it has an app that lets you control iTunes or Spotify with simple hand gestures, using your web cam.

Like Flypad, the company is creating motion-based gestures much like the XBox Kinect. The company points out that 18 Million Kinects have been sold, while there are currently 5 Billion devices with a basic webcam. The current app is just the beginning, as the company plans on adding more gestures for apps. Since its launch, Flutter has been downloaded 15K times and have captured over 500K gestures. It ended its demo with “We’re Awesome”, and we have to agree.

Just in case you thought innovation was dying on the web, we find that it’s simply not the case. There are a lot of really smart people creating interesting things that could apply to our daily lives. More importantly, the teams we saw at the YC Demo Day are thinking about how they’re going to make money, something that investors want to hear, and users need to hear, as a guarantee that the company will be around for a long time.

Sitting through 66 demos today felt completely worth it, as it’s obvious that the Y Combinator application process is a difficult one to get through. A lot of the participants are former Googlers, Microsoftees, and Harvard Business students. The best of the best when it comes to creative minds and entrepreneuraial spirit were definitely in attendance, and these are just some of the companies that you can bet on hearing about for quite some time.