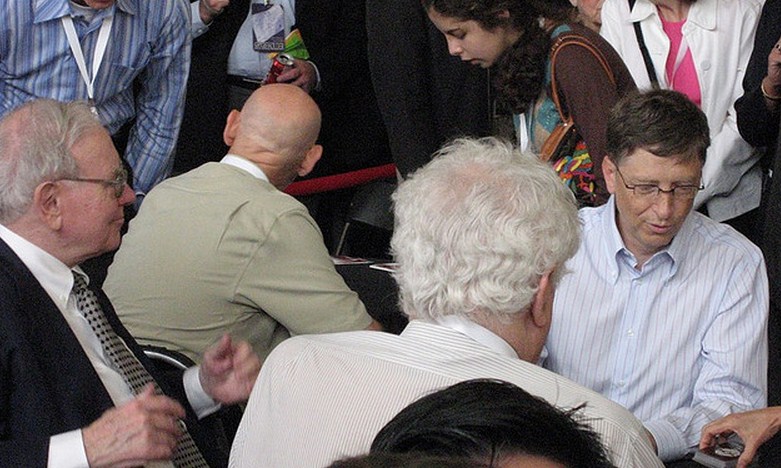 Warren Buffett is famous for his allergy to technology companies and their stocks. I can’t find the quote, but if my memory serves, the Oracle from Omaha once joked that he wanted to have a class answer a question on the value of a theoretical technology company, and that he would fail anyone who turned in an response.

Another Buffett-ism on why he avoids investing in the sector goes as follows: “technology is not something we understand, so we don’t invest in it.” So then why has his investment vehicle picked up massive positions in both IBM and Intel? The answer is that while the two companies are in the technology sector, they don’t act like technology companies.

CNN Money puts the point in the following way: “Take a look at the type of tech Berkshire picked up, though. IBM and Intel are both entrenched, mature businesses — oligopolies, really — that have more in common with classic Buffett staples such as Coke or Procter & Gamble (PG, Fortune 500) than younger tech innovators that grab the headlines like Salesforce.com (CRM).” That is just about right, and it says volumes.

There are several things going on here, so we’ll take them piece by piece. First up, some technology companies have hit the point of stability that they can be viewed as settled in a way that technology firms traditionally haven’t been. The biggest tech success of the moment, Apple, has had famously low troughs to match its current heights. That’s not what Buffett looks for; he wants enduring value. “Our favorite holding period,” he has quipped, “is forever.”

That means that to the man himself, certain technology firms have matured to the point that they can be treated as utterly stable.

I want to compare IBM, and Intel, to two other companies: Microsoft and Google. Interestingly, I almost want to group Microsoft in with IBM and Intel, but not quite. Microsoft is still a company that is forced to reinvent itself on a regular basis; IBM and Intel are not.

Google, on the other hand, is working hard to grow the product category that it essentially defined; this makes it a more vulnerable target. One seismic shift in search, and Google could, in theory, lose its ascendancy. IBM and Intel have a different business structure, one that is a step behind the scenes, making them, in my estimation, less vulnerable to such changes.

So I would therefore build three boxes into which we could sort the larger tech firms. First, the stable box. These companies are placid, steady, like service and part specific, and are hardly generating headlines as much as they generate cash. In box two, we have the hybrids, such as Microsoft; firms that are stable, and control certain markets, but are still forced into the innovation game on a regular basis. And finally, box three, into which we place younger, faster firms that haven’t slowed down yet and do not intend to.

Buffett is now willing to dip into the first box. Call it a technology bar mitzvah.

Read next: Gmail just made Google+ notifications useful, so you might want to turn them back on