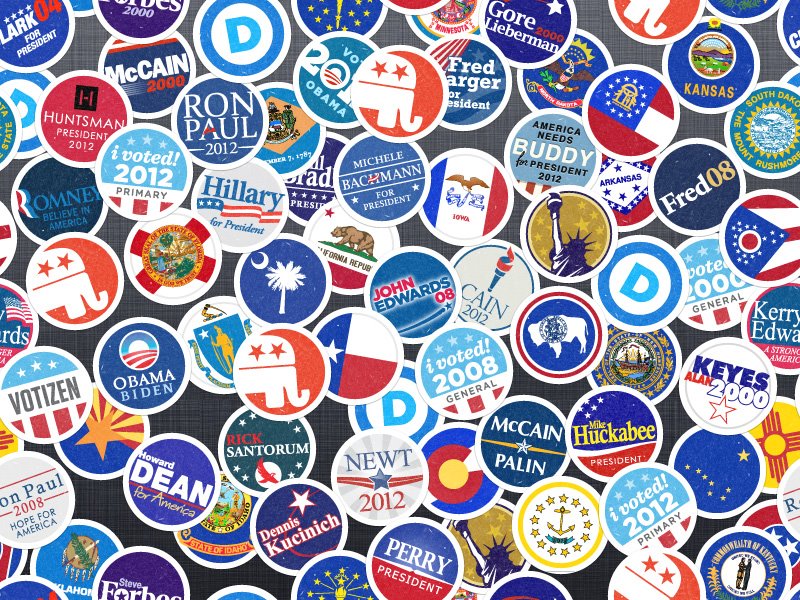 When former vice president and current Kleiner Perkins partner Al Gore lamented to his audience in Exhibit Hall 5 at SXSW a few days ago that “democracy has been hacked,” there was a CEO in the room – in the front row, actually – who saw that moment as more proof the stars are aligning for his ambitious startup.

David Binetti, the top exec at Mountain View-based Votizen, had just celebrated the birth of his daughter Alessa only a few days earlier. Still, he made time to fly to Austin on Monday, March 12th to be there when Gore took the stage to interview Sean Parker, one of Votizen’s big-name investors – who, along with the likes of Ashton Kutcher and Lady Gaga manager Troy Carter, have collectively helped secure his business $2.25 million in funding to date.

It was a public affirmation of the usefulness of all the hard work going on behind the scenes at Votizen, which is building out the architecture of its service bit by bit.

In short, Votizen is designed for users to interact with their contacts on other social networks to facilitate a digital version of grassroots politicking. You can see, for example, who among your friends is a registered voter, who lives in areas where races you’re interested in are coming up, ways to organize virtual canvassing efforts and more.

All of that is built atop a massive database, one that will never stop expanding for the rest of Votizen’s existence. The company has spent the last several years building a list of the country’s 200 million registered voters. Binetti said it’s now starting to build out its data beyond the big presidential and congressional circles, moving on to state representatives and more local races.

“And that’s just simply hard work,” he said. “You have to vet it and make sure it’s accurate.

“Our task is, we start with the rolls of registered voters. Actual lists of those who are registered to vote. It includes their voting history – not for who, but whether or not they voted. And then we combine that with the social graph. So you’ll come into the system, and we can go through your friends list and say, ‘Here are the voters you know’ and give you an opportunity to reach out to them. We identify voters in your network, so you can support candidates you believe in.”

Accomplishing this is a staff that includes 6 engineers, two designers and a variety of people in support roles.

The team includes Binetti (above, left), who in 2000 created the federal government’s first website – USA.gov. Votizen co-founder Jason Putorti (above, right) is the company’s founding product designer and leads on product vision, visual design and brand voice. He was also the first designer hired at Mint.com in 2007 and held the leading role until Mint’s acquisition.

Co-founder Matthew Snider is Votizen’s founding engineer and leads all front-end development. He’s also a Mint.com alum, having spent 4 years there as a lead UI engineer. And he recently published a book on Javascript.

Votizen is currently hiring positions in engineering and marketing. Emily Leathers, whose role on the Votizen team includes putting to use her experience with scalable APIs and big datasets, tweeted earlier this month a kind of job listing that includes the company’s lofty ideal for itself:

“Informal job post: Looking for a summer eng intern at @votizen to help us repair democracy.”

“We’ll always be building out the database. That will never end,” he said. “You think about 500,000 political offices, 2 or 3 candidates for each of those, and that quickly becomes a lot people for us to go through and a lot of information to process. But it’s by doing that that you’re able to facilitate voter-to-voter connections.”

At the moment, presidential candidates are still in the midst of scooping up as much campaign cash as they can for November. President Obama, for example, was scheduled to hold five fundraisers Friday, March 16th spread among Chicago and Atlanta.

Votizen, to put it simply, wants to make events like that less critical to the process.

“We believe we’ll be able to help fix the political system so that the new political currency is not based on the size of your checkbook but the size of your network,” Binetti said. “Money is just a proxy for votes. The solution is not to try to restrict that but to provide a better alternative. If you can provide a more efficient, more direct, more impactful method of delivering those votes, then you’ll simply not need as much money.”

Read next: TNW Profile: Unity CEO David Helgason talks about trends in gaming, and his business