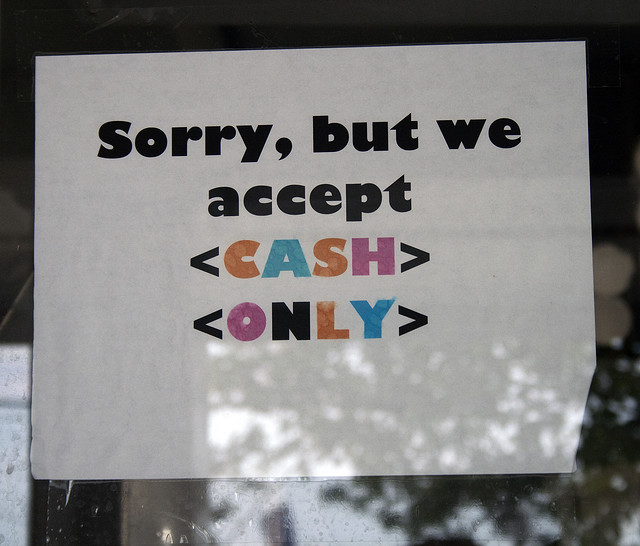 If you’re even slightly interested in the goings on in Silicon Valley and the tech scene in general, you’ve more than likely wondered who’s getting funding at any particular time. Sure, there are tech journalists, like your gorgeous staff at The Next Web, to bring you such news, but we can’t cover everything. There are some people who don’t want the fluff and just want to know what money is flowing where and from whom.

A group of technologists have started a site called WhoGotFunded to track just that. The idea is to use text mining technology to surface funding news for all types of company all over the world.

That’s not to say that journalists don’t still have a place in writing about funding, since we provide color and background to a story.

I discussed the idea behind WhoGotFunded with one of the site’s founders, Paul Vivant, and he provided me with some interesting details on how his company, Digimind, plans on making the site the go-to place for funding news.

TNW: What made ​​you come up with the idea for the site?

Paul Vivant: We have worked for years with clients on issues relating to M&A and Venture Capital, on very specific areas of activity. The idea occurred to us that it might be possible to provide a multi-sectoral, globalized approach. The convergence of recent technological innovations has meant that we have achieved today, with whogotfunded.com, what would not have been possible two years ago. The following technological advances have made the project possible.

– The latest innovations in the field of text mining using statistical natural language processing. It also relies on semantic analysis.
– Big Data, technology and its variations (NoSQL) that can manage very large volumes of information
– The explosion of Open Data and microblogging provides huge amounts of fresh information and quality.

TNW: What are your plans, and goals for WhoGotFunded?

Paul Vivant: The ambition of this website is to build the most comprehensive funding database in the world. We envisage it becoming an essential source for venture capitalists, business angels, Founders, CEOs, corporate development executives, journalists, bloggers and investment bankers.

It is possible that over time, depending on the level of interest in the initiative, we may consider adding community features on the model of Wikipedia, to allow visitors to correct and enhance the data. It’s important to recognize that automation generates noise sometimes, even if it remains in controlled proportions.

TNW: Do you see yourselves as a “news organization” about funding?

Paul Vivant: WhoGotFunded.com is definitely a news website about Funding. Digimind is a technology company where news is our raw material. As Tim O’Reilly wrote A Few Years ago , we strongly believe that “Data is the Intel Inside”. All these new technologies can shake up the traditional market players, and how managers understand and relate to their business environment.

TNW: What are some of the other sites out there doing similar things?

Paul Vivant: Crunchbase is one of the Most Famous, It Is Manually curated. You have players like Venturedeal (paid service) Formds.com (only monitoring the SEC), or big players like Dow Jones ( venture capital databases ) and PriceWaterhouseCoopers ( MoneyTree Report )

Our approach is different for several reasons: firstly, our automation process allows us to manage unimaginable volumes of information, the level of coverage and information sources we cover is also unrivalled. This allows us to offer global coverage, while most of the above services focus only on America. Admittedly, this is where substantial investments are made (especially in Silicon Valley), but there’s a considerable amount of VC activity in other hotspots around the world. China is developing a thriving VC market. Companies that are virtually unknown in the West have managed to raise considerable amounts, Bicon raised $ 250M a few days ago, and China Communications Construction, raised $ 790M 3 weeks ago.

In addition we provide full transparency on the sources used, which are available to visitors. This is not always the case with traditional players.

TNW: What’s your background in startups and funding?

Paul Vivant: We self-funded our own development from a relatively small start-up company to one that has over 100 employees. Digimind is majority owned by its founders and we have enjoyed year on year growth for the past 14 years.

Here’s a video intro of what the site will provide:

There’s no doubt that there is simply too much information for any one person to pour through to find a gem of information and as a journalist, a service like this will be extremely valuable. For everyone else, this should be made as simple as peeking at a stock ticker. It will be interesting to see if Digimind can live up to its lofty goals and promises. If it can, we might see the company show up on its own site for some funding news.

➤ Sign up for updates on when WhoGotFunded will go live