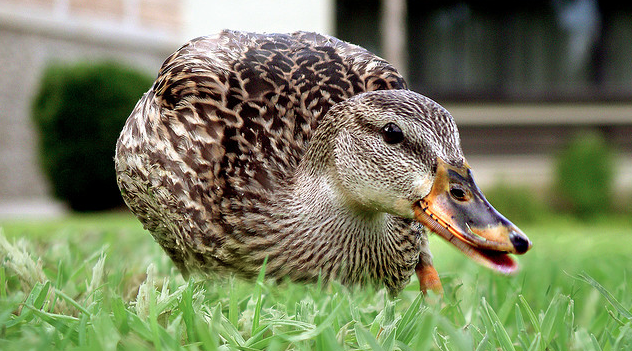 For reasons unknown, the famous and perhaps infamous hacker group Anonymous has released its own operating system, dubbed Anonymous-OS. And just as this news broke, I noticed something peculiar in one of the screenshots on the project’s blog.

As you can see below, DuckDuckGo, complete with its playful name and goofy logo, is clearly being featured by the hacker group. The decision to go with DuckDuckGo over Google or Bing certainly makes sense, but somehow it still strikes me as odd.

After emailing them directly, we have a confirmation from the official contact email (screenshot here):

Let’s just say I would have never thought it would ever become the default search engine for Anonymous. That said, I also never thought the hacker group would build its own OS off of Ubuntu to begin with. 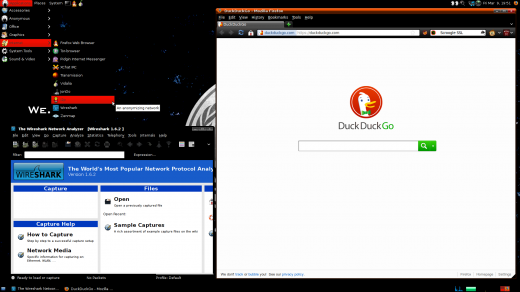 For those unfamiliar with DuckDuckGo, know that the emerging search engine has lately been pushing its commitment to never track or bubble users. It’s an honorable goal, and an important step for Internet privacy (and perhaps piracy).

DuckDuckGo does not store any personal information, e.g. IP addresses or user agents: see our privacy policy for details.  We also have an encrypted (SSL) version, two non-JS versions (HTML & lite), aTor hidden service (about), several privacy settings (including POST & RefControl), and we allow you to use URL parameters instead of cookies to store settings.

We’ve tried to explain the consequences of tracking as it applies to search results in our donttrack.us and dontbubble.us infographics.

I spent a full week using DuckDuckGo as my default search engine and found it more than adequate for the average user, but still not exactly what I needed for work (on Google, I know for sure that emerging stories are indexed from the get-go, while DuckDuckGo is much better suited towards standard consumer search needs).

As far as the new OS goes, here’s more details, as it was confusingly described on Source Forge:

Anonymous-OS Live is an ubuntu-based distribution and created for educational purposes, to checking the security of web pages.” It was created under Ubuntu 11.10 and uses Mate desktop.

At the moment, all I can say is that Anonymous-OS is a very unexpected if not outright strange direction for the group. And as The Hacker News notes, the OS is not developed by any particular or genuine source, and could be backdoored by law enforcement companies or hackers.

For more information, check out our story on the OS. Also, you can download it via the link below, but do so at your own risk!

Read next: AOL says it plans to "evolve" AIM and not kill it, but it's a bit late for that