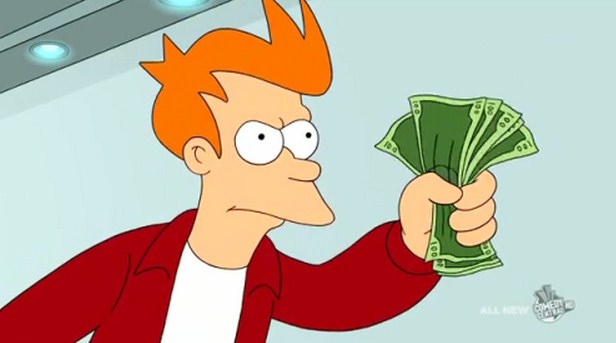 I’ve kept quiet on Instagram mostly because I have better things to do than mock apps that people masquerade as companies, but this is too much:

That tweet made me laugh, then cry a bit, and then gnash my teeth. Shout bubble all you want, but it’s a fact that many companies pulling in rounds of financing right now are firms that are working to become, wait for it, real businesses. By that I mean they want to generate fat revenues that exceed their costs, get off the venture capital IV, and eventually, god willing, go public.

But not all companies are like that. Some firms that are basking in media love and bathing in investor Benjamins keep sucking down cash like it was a smoothie. Oh, and they don’t make any damn money. That’s a problem. In fact, the Cult of Entrepreneurship being what it is these days, I wonder if we’re not all partly to blame for some of the patent lunacy that I have to observe on a daily basis.

Here’s the rub: Instgram is a fucking photo app that a competent team could build at a weekend hackathon. Its revenue model: presumably selling user data down the road. After all, its users aren’t going to start paying for something that they used to get for free, and that they can get for free elsewhere. Think about how many damn photo apps there are in the market. Think about it again. One last time.

That data better be worth tens of millions of dollars on a yearly basis or Instagram is screwed.

Forty million dollars? To do what? Build an Android app and get off Apple’s tit? You need forty-fucking-million dollars to do that? Is it to staff up? Or maybe they want to corner the market on photo apps for mobile phones by buying their compeition. That wouldn’t even work for an afternoon.

Let’s just do some math, for fun:

Right, but that is just the start of the fun that we are going to have. As Instagram is still raising money, and burning it, who else wants to bet that the firm is planning on raising another round in the future? Raise your hand. If you hand is down you are, wait for it, stupid.

Therefore, Instagram, unless they want to take a down round, and they won’t, will have to sell more stock, at a higher valuation. Oh yes, not only is Instagram losing money, and therefore falling far short of the profits that it would need to justify its current valuation on the market, it’s also going to have an even larger profit deficit when it raises again.

What will it be worth then? One billion dollars? Two?

I hope that I’m so wrong that Instagram takes the NASDAQ by storm. But 40 million dollars in cash to float an app that hasn’t even managed to leave the harbor in which it was juiced (thanks Apple!) makes me want to punch a kitten. And by punch a kitten I mean start another company. Shit, the money is there.

Can anyone code? I’ll pay you a trillion for the beta of a quirky app that lets regulars pretend that they know how to take pictures. How can it fail?

Read next: This kid is a genius and his monster trap will absolutely blow your mind [video]