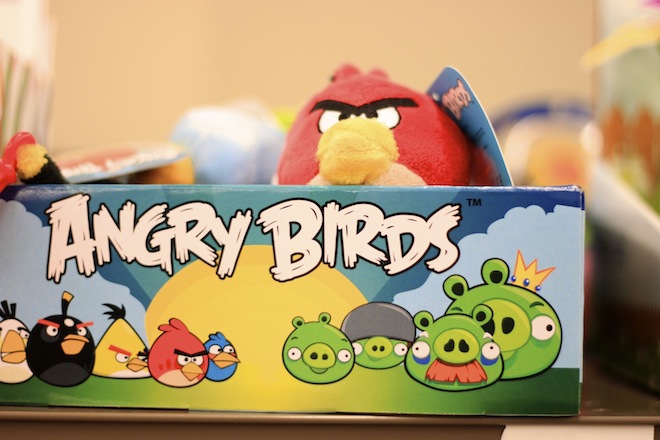 Angry Birds is most certainly a fun game, but it’s also turning into a huge franchise that is apparently poised to make some Friendly Fins a sizeable chunk of cash.

Here’s a shareholder list, shamelessly copied from ArticStartup (with permission):

The most striking thing about the structure is that someone actually holds a 69.7 percent stake in the fast-growing entertainment company, and that someone is chairman Kaj Hed, also the founder of investment firm Global Inter Partners.

Kaj Hed is the father of Rovio chief exec Mikael Hed, who is in turn the cousin of COO Niklas Hed. The management team is rounded out by globetrotter Peter Vesterbacka, Rovio’s CMO, who has acquired a 3.1 percent stake over the years.

Together, the Heds hold a nearly 75 percent stake in the company, and including Vesterbacka’s share, the management team controls 77.7 percent of Rovio.

It’s remarkable that Mikael Hed, who co-founded the game development studio in 2003 and has been its CEO for years, holds ‘only ‘ a 0.6 stake, but I assume there are agreements in place within the family to make sure the man is – and will continue to be – adequately compensated. :)

If Rovio is indeed currently valued at up to 9 billion dollars, that 77.7 percent translates to roughly $7 billion on paper between the four of them (at the high end of the company’s estimated value, to be perfectly clear).

As ArcticStartup points out, that means the post-money valuation of Rovio was $210 million when Atomico, Felicis and Accel pumped $42 million into Rovio.

For the record, Rovio is planning to go public. According to some reports, the company is even plotting an IPO in Hong Kong as early as next year.