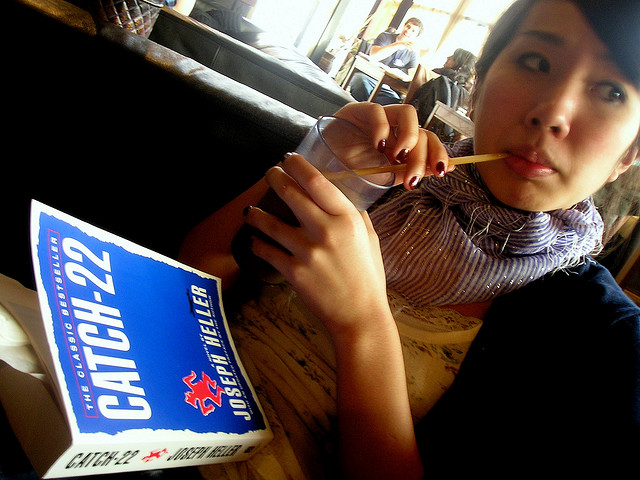 Just like Microsoft was the dartboard of the Internet for so many years simply because of its sheer size and “power”, Google has become the latest easy target.

Over the weekend, Danny Sullivan wrote a post alerting the world to the addition of a Google+ share box on Google’s homepage. We’ve known that this change was coming for two weeks, but it appears that Sullivan just got the update and it doesn’t sound like he’s a fan.

Personally, if (sic) find it intrusive. I don’t get why I want to go to the Google home page to share content on Google+. Rather, I’ll go to Google+, if I want to do that.

Ok, so Danny Sullivan doesn’t like the homepage change. Interestingly enough he goes on to share the following thoughts about the feature towards the end of his post:

Here’s the part where I get completely confused. He’s not a fan of the feature on the homepage but wished it were better? That’s the problem with how people are handling anything that Google does these days. It seems like everyone wants them to do absolutely nothing, stand pat on what it has, and cease to innovate. Either that or everything they do is flat out wrong. This approach of course goes against everything that makes the Internet so amazing in the first place.

Folks, we can’t have our cake and eat it too. We can’t sit back and complain about every single thing that Google does while we continue to use its existing services on the daily. It’s not only annoying, but it’s completely counter-productive to the web’s ecosystem.

We simply don’t need another social network, no matter how great your circles are or how badly Larry Page wants to have one.

She even bolded that statement in her post entitled “This Is Just Getting Sad, Larry: Google’s Latest Effort to Prop Up Google+“. You didn’t even need to read the article to grok how Lacy feels about Google’s entrance into the world of social.

How dare Google change anything at all? How dare Google attempt to make itself a more valuable company by allowing people to share things? How could a company so large make so many stupid mistakes? Maybe they’re not making any mistakes at all and the only mistake being made is the fact that a few folks just don’t like change and need something to bitch about.

Lacy states matter-of-factly that Google is “six years too late to the party” when it comes to social. Last time I checked, Apple was later than that to the mobile phone party. The whole “late” argument is tired and old in and of itself, so I think we should start scoring Google on the merits of its actual work and evolution.

Forget the numbers and the fact that Google+ is barely six months old and start giving some credit where credit is due. All of the reasons why Lacy illustrates as reasons why Google should just “sit this one out” are exactly the reason why it’s rather impressive that Google is building its social products right before our very eyes. Instead of low blows and shallow doubts, I’d much rather continue to watch Google evolve and complain when it’s fair to complain.

For example, I completely agree with Danny Sullivan on the point that the Google+ share box that is viewable on all Google products should be smarter. Is it a complete failure though? No, absolutely not. What’s happened though is Google is too big for us to hug and have drinks with anymore. It’s not a startup, it won’t listen to and value every single word the tech press prints. Therefore, it must get shit on regularly. Just like we shit on Microsoft.

What Lacy and Sullivan aren’t pointing out is that the social features the company are incorporating to its already popular products are a complete shift for the company and its culture. For the first time ever there are Google employees interacting with its users, getting feedback on features, and being quite open with the press. Google isn’t building a social network, it is becoming a social company. Show me an example of a company who has made that move.

Just because it’s going public, Facebook doesn’t own the world of social networking. If we subscribed to that line of thinking we’d all still be using Friendster because Facebook was “late to the party”.

Read next: Apple tells Proview that it will sue for defamation if it doesn't stop talking