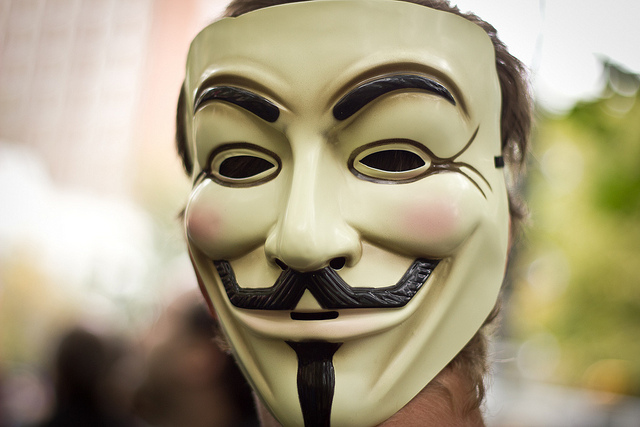 Anonymous has hacked the Greek Ministry of Justice website (cached version) in an apparent protest against the signing of the controversial ACTA treaty by the Greek government, warning authorities that it will take down over 300 media and ministry sites if it doesn’t reverse its course.

The site is currently “Under Construction” following the attack but was amended to display a message from the online collective, stating that its next target would be “all the media in Greece” and that it had the admin passwords of most media websites in the country.

Its message in full

We know EVERYTHING, We have your PASSWORDS , We are watching YOU.

NEXT TARGET WILL BE ALL THE MEDIA IN GREECE. ( ertTV , etc )

WE HAVE MOST OF THE MEDIA WEBSITES ADMIN PASSWORDS.

We are Legion . This is JUST the BEGINING.

www.ministryofjustice.gr is just an example of what we are capable of!

You have 2 weeks to stop ACTA in Greece otherwhise we will do CYBERWARFARE by defacing 300 sites and all the media and ministries.

Greek police have confirmed the incident, updating its Twitter account with a message that its Cybercrime division’s investigation on the Ministry of Justice attack is already in progress.

Whilst Anonymous attacks Greece’s signing of the ACTA treaty, it also states in an official video that a decision to join the International Monetary Fund (IMF) will “introduce a new dictatorship upon your people’s shoulders and allowed the bankers and the monarchs of the EU to enslave them both economically and politically.”

The country is currently facing a huge debt crisis and is in talks to accept rescue deals to help the government restructure its finances.

On January 26, 22 European Union states, and the EU itself, signed the ACTA treaty.

ACTA – the Anti-Counterfeiting Trademark Agreement – is a voluntary agreement between nations that covers a wide range of counterfeit goods, both physical and digital. However, it has stirred up controversy for both the secretive ‘behind-closed doors’ way in which it was drafted, and the effect it could have on our online lives.

The agreement would make ISPs liable for copyright infringements carried out on their networks, leading them to introduce surveillance technology to keep tabs on their customers’ online activity. A ‘Three strikes’ policy would also be forced upon Internet users, blacklisting them from ISPs after a series of warnings if they were found to have shared files illegally.

Calls are being made to rally against ACTA in Europe, by joining a day of protest.

Access, an organisation that says it is a “new global movement for digital freedom”, is helping to mobilise people to join an international day against ACTA on February 11, hoping the world comes out in “an unprecedented showing of solidarity” against the treaty.

Read next: Let's get this straight, Facebook's challenge is China, not Asia