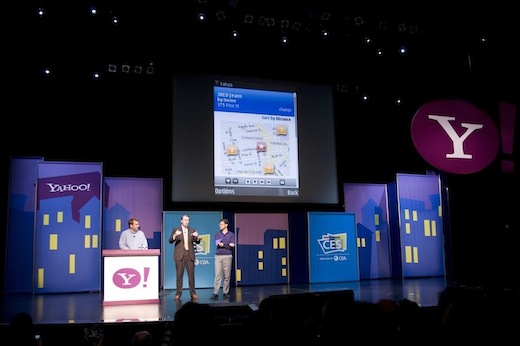 On the Yahoo! Search Blog, the company has announced a focus on “mobile first” and the related discontinuation of several of its mobile apps for iPad, iPhone, Android, and Blackberry, citing the fast pace of change in the mobile space. “Our plan is to keep moving, to keep innovating, and to continuously measure and scrutinize what’s working and what isn’t,” says the post, “so we can make room for great new products.”

Here’s the list of apps that will no longer be supported:

Features from certain apps including AppSpot and Sketch-a-Search have been integrated into the main Yahoo! Search app, and I wouldn’t be surprised to see other features from these apps make their way into the search app too.

Despite the end of these apps, Yahoo says it is “moving forward with a ‘mobile first’ mindset.” This echoes comments made by former Google CEO Eric Schmidt, who said in early 2010 that Google would be following a “mobile first” strategy. Schmidt predicted that smartphones would eventually overtake PCs in popularity, and that prediction seems to be coming closer to reality every day, as the popularity and ubiquity of smartphones continues to increase.

Yahoo’s post gives some hints as to where in mobile the company will be focusing this year:

You can expect to see more new Yahoo! mobile products in 2012, especially in areas ripe for innovation that build on Yahoo!’s strengths, such as companion experiences for TV like IntoNow, new ways to experience personalized media like Livestand, and some of our most popular and useful mobile apps like Yahoo! Mail, Messenger, Sportacular and Flickr, which are already being used by millions of people around the world.

The company hopes its products will “change the mobile game well beyond Yahoo!”

Since Larry Page took over as CEO at Google, a similar reexamination of priorities and focus has occurred, with many products that don’t fit into Google’s core mission being discontinued or open sourced.

Read next: Bellbot will make happy sounds every time you get a new user