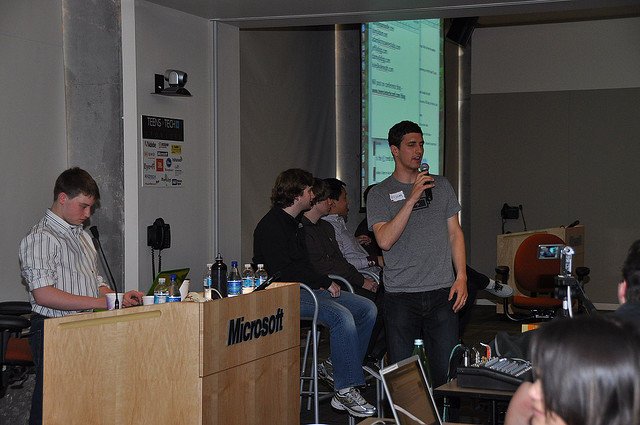 Last year, Daniel Brusilovsky announced the full vision for his “Teens in Tech” property, which provides guidance to teens interested in building things on the web. I’ll save you the “next Mark Zuckerberg” hype, but Brusilovsky’s vision guided him towards starting an incubator that catered to this budding young set of superstars.

Last year, Teens in Tech incubated six companies; Codulous, Bubbls, MySchoolHelp, BuildACircle, C&M Studios and Workcrib. After the teams of three worked with some of the most influential advisers in Silicon Valley, including Brian Wong of Kiip and Aaron Levie from Box, the companies presented themselves at the yearly Teens in Tech Conference in Palo Alto.

The incubator applications are open for 2012, and Teens in Tech will select the top five applications to become part of its latest class of startups.

The rules for applying include the obvious age restriction of 13-19 years old, and requires you to be local to Silicon Valley for the duration of the incubator cycle. In addition to these rules, teams applying must have at least one technical member on their team, meaning Teens in Tech doesn’t want a bunch of cool ideas with no one able to carry it out.

Here’s what Teens in Tech Founder Daniel Brusilovsky had to say this morning:

In 2011, we embarked on a journey that would take Teens in Tech Labs to the next level — an incubator program exclusively for young entrepreneurs who were serious about building amazing products, and gaining real world experience. At the beginning of this project, we didn’t know how much work it would be, what innovative ideas teens would bring to the table, and what we would find. But we were very happy with the effort and commitment of smart young entrepreneurs and are excited to announce, just six months after Demo Day 2011, that we’re back – announcing the 2012 Teens in Tech Incubator program!

It will be interesting to see what types of companies crop up after an exciting 2011 in Silicon Valley. Will the applicants trend towards apps that fit small niche needs, or will they try to solve bigger problems like MySchoolHelp did by changing the way students take notes? The application deadline is April 25th, so get to registering!

Read next: The HTC Titan II is dead on arrival