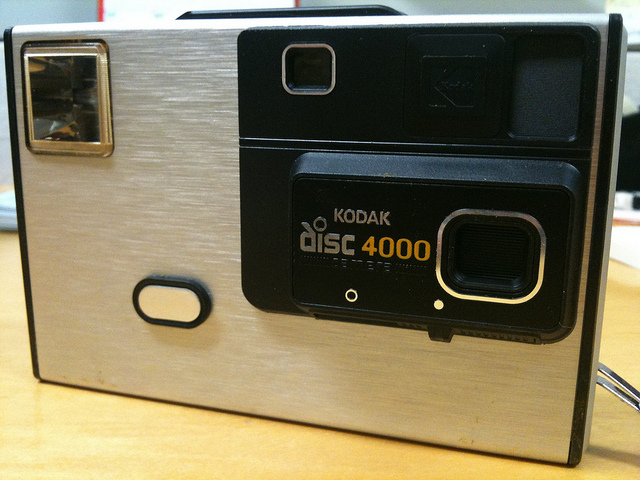 Two weeks ago, we reported that Kodak was looking into filing for bankruptcy if it couldn’t sell off enough of its patents. Kodak licenses some these to companies like LG, Motorola, and Nokia. A week after that report, Kodak sued both Apple and HTC for infringing on some of those patents.

Today, the company is adding Samsung to the list of those being sued for patent infringement. The lawsuit singles out Samsung tablets specifically for using some of its technology without asking. The patents that Kodak says Samsung is using without permission center around the automatic handling of photos, such as sending them through email. Here are the five in question:

It appears that these patents involving the transmission of photos are the same ones the company is suing Apple and HTC over. Before it sells off its patents or files for bankruptcy, the company must defend its assets, and the company certainly isn’t being quiet about it. As our own Brad McCarty points out, Kodak has become a dinosaur in digital photography, since it hasn’t executed on its own social offerings:

Kodak has been touting its social sharing functions for the past couple of years and the idea behind them is good. However, the implementation is simply incomplete. Instead of having a one-touch share button that allowed you to directly upload to Facebook, that button allows you to flag a picture. Then you have to hook up your camera to your computer, use Kodak’s software and finally upload it to the service of your choice.

If Kodak is going down, it certainly isn’t going down quietly. However, it looks like most of the damage to the company was self-inflicted.