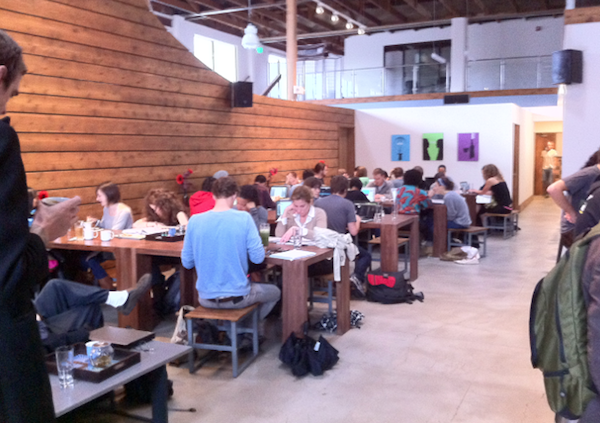 Today is the very last day you can apply for i/o Ventures which is one of Silicon Valley’s smallest, but finest accelerators.

The three-month incubation period at i/o ventures only accepts five startups per class and means you’ll be mentored by founder Paul Bragiel and friends who include some pretty top-notch mentors including names from the ‘PayPal Mafia‘ and Silicon Valley bigwigs like Quid’s Bob Goodson. i/o Ventures have scored great success so far; eleven companies have gone through the program, three have been acquired, seven have gotten follow-on funding and one is break-even.

What’s cool about i/o Ventures is that the building (owned by Paul) is split into two; one side is a cafe where every day there’s a plethora of startup kids in plaid and skinny jeans with their laptops eagerly sharing their plans for world domination over a chai tea.

What’s even cooler is Paul himself who has an international perspective en entrepreneurship, but is also just a down to earth guy who doesn’t get caught up in the hype and knows what works. What gives this guy extra clout is this summer Paul and his two brothers canoed down the Mississippi river, their YouTube channel has nearly 4.5million views (you can watch one of their videos below) – possible the coolest VC ever? I think so.

The deadline was officially the end of 16 January Pacific US time, so if you’re if Europe get your application in today before Silicon Valley wakes up!

Read next: Iraq investing in tech startups. Could this be the beginning of Silicon Baghdad? [Video]