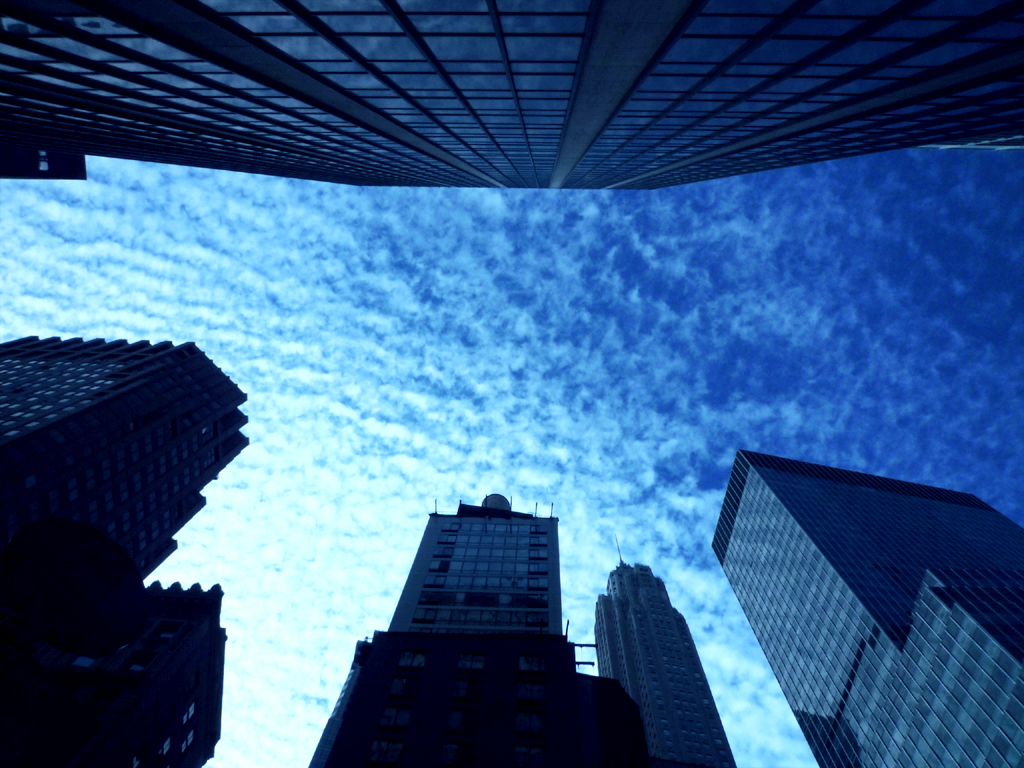 In April of this year, we reported on Oyster.com, a commerce meets editorial travel site much like Jetsetter and the lesser known, but locally rich Jauntsetter. Oyster is full of curated information to provide inspiration for wanderlust travelers, along with planning help that will put the traditional travel agent out of business.

The Travel Channel invested $7.5 million into Oyster.com and promotes Oyster on television and online in exchange for revenue share on trips booked on the site. And like many brands are trying to do online, the station is positioning itself as a lifestyle brand. The deal provides The Travel Channel with a new revenue stream in addition to advertising and cable subscription fees.

We caught up with the travel experts at Oyster just before the holidays to ask them where they thought we should go for New Year’s Eve. Now, we’re tapping their expertise to uncover the most tech savvy cities across the United States and the most hooked up hotels to stay in. If you’re planning to travel or would like to travel to one of these cities soon, check out the list below.

Though Mountain View has a quaint downtown area and an outdoorsy vibe, don’t be fooled — it is one of the most tech-savvy cities in the world. In 1956, the Shockley Semiconductor Laboratory moved to Mountain View — contributing to the area’s “Silicon Valley” name (the laboratory was the first company in the area to produce silicon) — and ever since, Mountain View has been home to innovative, high-tech companies. Home to Intel, Google, Apple, Yahoo, Evernote and Hewlett-Packard, Mountain View is the first city in the US to be covered by free Wi-Fi in all areas of the city. So don’t forget to bring your laptop! And, the city’s largest museum is, not surprisingly, the Computer History Museum.

Where to Stay: Domain Hotel, a Joie de Vivre Hotel

Less than a 10-minute drive from Mountain View, the Avatar Hotel in Sunnyvale caters to high-tech geeks visiting Silicon Valley on business (the hotel even provides a free shuttle on weekdays to companies within 10 miles). The hotel may be a converted motel, but the property has been significantly spruced up – colorful rooms (you have your choice of “awakening” or “tranquility”-inspired décor) feature iPod docks, flat-screen TVs, and free Wi-Fi, and the stylish Bytes bar is a popular spot for happy hour. Unfortunately this hotel can’t completely escape its structure, with some rooms that only have windows overlooking the lobby and others that are subject to street noise, but overall, it’s a good value.

While there’s quite a lot of debate as to which city is more “tech savvy”, until Mayor Bloomberg gives us city-wide free WiFi, NYC is coming in 2nd. But New York City’s tech scene is thriving. “Silicon Alley”, pioneered by successful 90s’ start-ups, is now home to hundreds of tech-focused entrepreneurs with notable startups such as Gilt, Foursquare, Oyster (of course!), which are fast becoming household names, and driving tons of capital to the city that never sleeps. Bloomberg also encourages the entrance of startups to the city, hoping to draw in more tech companies to counter-balance the plethora of media and finance companies.

Where to Stay: Mondrian Soho

Opened in February 2011, this stylish 270-room hotel is located right on the southern border of chic SoHo. It has small, beautiful rooms with white-and-blue decor, high-tech amenities — like large flat-screen TVs and iPads — and floor-to-ceiling windows, many with jaw-dropping views. The trendy Imperial No. 9 restaurant, by Chef Sam Talbot, serves sustainable seafood, and has a lovely garden room with cool glass decor and a greenhouse-inspired feel. The fitness center, though small and in the basement, has state-of-the-art machines with personal screens and headphones.

D.C.’s most recent score on the technology scene was LivingSocial’s choice to make the capital home to its headquarters. But Washington has been a tech-savvy city for decades and has always been a top contender in tech employment ratings. Not surprisingly, many of these jobs are provided by the government – which could be disconcerting as the government has tightened spending – but more and more jobs arise as the city rides the social media wave. The counties in the D.C. area have the highest percentage of college-educated residents in the country, and more and more post-grads flock to the city every year. So despite ups and downs, Washington, D.C. will be a tech-savvy city for many more decades to come (and it doesn’t hurt that its location is home to numerous top research institutions and airports, and more importantly, grants it great political significance).

Where to Stay: The Jefferson, Washington DC

After a massive renovation in 2009, this boutique reopened, and regained its place among DC’s elite hotels. It’s not as famous as the Hay-Adams, but its blend of technology (TVs are embedded in bathroom mirrors; all rooms are equipped with electronic housekeeping buttons, free Wi-Fi, iPod docks, flat-screen TVs, and DVD players ) and colonial charms (intimate library, working dumbwaiter) are second to none. All that’s missing is T.J. himself…(although he is commemorated by a bust in the lobby).

When you walk by a Starbucks in Seattle (and you’ll walk by many), you’ll probably see dozens of people hunched over their laptops, connecting to the free Wi-Fi. Not only has the city consistently been ranked by Forbes as one of the most wired cities in the US, but Forbes also ranked Seattle #1 for the city with the highest – and best sustained – tech growth over the last decade. Bill Gates started the influx of tech companies in 1986, when he moved Microsoft to Redmond, right outside of the city. But Nintendo has been headquartered there even longer, and now there are over 700 tech companies in this rainy town. Facebook has just announced that their offices in the city will be doubling, creating even more tech jobs for the Seattle area.

This upscale hotel is located smack-dab in the heart of Downtown Seattle, within walking distance of businesses and major attractions like the Pike Place Market and the waterfront. It has gorgeous amenities that make it stand apart from most other hotels in the area, including a virtual golf system, a full-service spa with a wonderful (and expensive) menu of personalized treatments, and an acclaimed, locally-popular restaurant on-site. The glass-enclosed bathrooms with tubs that fill from the ceiling and separate walk-in showers are arguably the highlight of the high-tech and modern (though somewhat dark) rooms. Overall, it’s certainly luxurious, but the feel is that of a glossed-up Westin or Kimpton — it lacks the nuances of a truly high-end brand, such as Rosewood.

Nicknamed “Silicon Hills,” Austin’s “hills” are dotted by tons of high-tech companies; Dell, Google, Facebook — just to name a few. And Austin takes pride in the fact that it’s the cool younger sibling in the tech-savvy city family: not only is it a great city for video game creators (as home to EA, which is in the process of expansion), but it has also been ranked as the #1 market for bloggers and blog readers by Scarborough Research. Like D.C., in recent years its number of post-grads has skyrocketed and it is well-known among the young, tech-savvy crowd as the home of South by Southwest. Though also a hugely popular music festival, SXSW is heavily involved in the startup tech world in its work through the “Interactive Startup Village.” At this showcase (which more than 20,000 people attended in 2011), startups, inventors, entrepreneurs, engineers, and investors meet and mingle, discussing innovative advances in technology and – at times – creating new tech companies.

The 312-room Barton Creek Resort is sprawled across lovely grounds centered within three golf courses in the hills west of downtown Austin. You’ll find plenty to do on-site, including golf, tennis, a spa, indoor and outdoor pools, a large fitness center, great shopping, and even family-friendly scavenger hunts — but Austin’s downtown attractions are just a 30-minute drive away. Rooms are spacious and thoughtfully decorated with at-home touches, and each one comes complete with fabulous views of the surrounding areas, as well as large flat-screen TVs equipped with satellite cable channels and a gaming system — though unfortunately there’s a daily fee for Wi-Fi.

Do you live in a tech-savvy city? Let us know why your city should be on this list in the comments below!