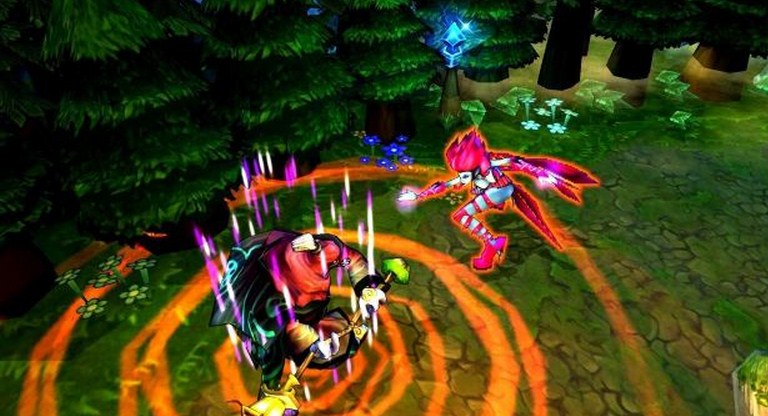 It’s time you met Congressman Jared Polis, from Colorado’s 2nd district. He’s a mensch, and he’s fighting for your right to play video games. Really, we mean it. And we’ll explain, but we have to back up a for a moment.

There is a game out there called League of Legends [If you play, I’m ‘AlexWilhelm’ in game, natch], which has recently exploded in popularity. Tens of millions of people play it, there are dedicated pro teams to its competition, and it has at least one person in government who can’t get enough of it: Jared Polis.

Yes, the good Congressman from the center of this country is a LoL player, and he is joining the game’s parent company, Riot Games, in fighting against the Stop Online Piracy Act. Riot put together a post in its forum explaining its stance on SOPA, advising its many users on how they can pipe up against it. And then a few posts down, along came Mr. Polis:

Hi, this is Congressman Jared Polis of Colorado. As a member of the League of Legends community (partial to Anivia and Maokai), and as someone who made his living as an Internet entrepreneur before being elected to Congress, I’m greatly concerned about the future of the Internet and gaming if Congress doesn’t wake up. You may have heard that Congress is currently considering a bill called the Stop Online Piracy Act, or SOPA. While SOPA has a ton of problems, there are some significant issues that I thought fellow gamers might want to know about.

I’m particularly concerned that SOPA might stifle the kind of innovation that brings us games we love, such as LoL. The bill makes it far too easy for angry competitors to sue good law abiding companies out of existence. It threatens any company or website that depends on user-generated content, even companies like Riot. Instead of coming up with great ways to keep making games like LoL even better, companies will have to spend their money hiring lawyers. That’s why companies like Riot, who want to protect the games they create, are opposed to SOPA.

I’ve been working on alternative legislation that would protect the games companies create while also fostering innovation. But we also need you to call your members of Congress and let them know of your opposition to SOPA. This bill has a very real chance of passing, and it is up to all of who want to protect the Internet to take action. More information is available at http://keepthewebopen.com/. Please make your voices heard in this debate! I will be happy to respond to your posts below, and will check back every few hours today and respond to as many as I can.

Verification that this is in fact from the Congress man was provided on his Twitter account, and also by his being assigned a special tag by Riot:

Now, you must know that we here at TNW are opposed to SOPA, even though we do our best to avoid politics whenever possible. This is not one of those times, and our staff is united in our stance. That’s saying something, as we can agree on little else other than that Brad is a cutie, and computers are neat. If you don’t know much about SOPA, please become educated.

I’m highlighting this specific incident for a few reasons, primarily that it is excellent to see the mixing of any governmental leader and the hoi polloi, but also that in this case we have the younger generations being directly incited to take part in the issues of technology and free speech at the governmental level, presented in a medium that they can understand. And people say that playing games is waste of time. Well, it usually is, but so is that second shower of the day, and we certainly aren’t going to give that up either.

So here’s to Congressman Polis, for enjoying his games, taking a stand, and being an inimitable leader all at the very same time.

Summoners, I’ll see you on the Field of Justice.

Read next: This might be the first multi-sensory brand in history