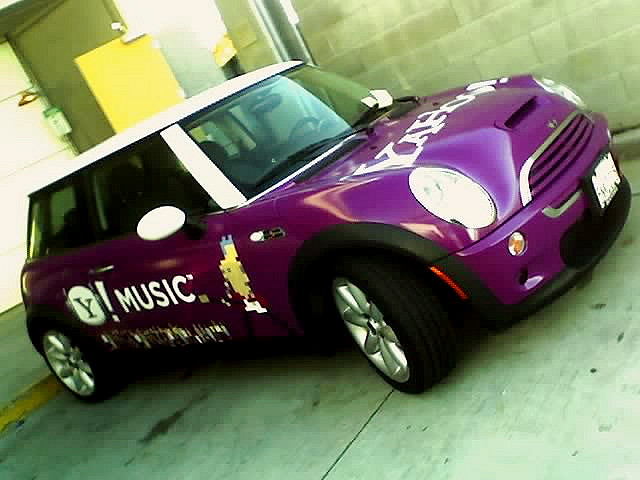 In case you haven’t heard, Yahoo! announced its new CEO today, Scott Thompson. Talk about walking into a storm of acquisition rumors and drama on your first day. Luckily, Thompson was formerly the President at PayPal, so he’s used to sticky situations.

The company says that Thompson will be tasked at focusing on its “core business”, but nobody knows exactly what that is, including Yahoo! What should their core business be? Mobile communities could be potentially lucrative and forward-looking to start.

If I were the new CEO at Yahoo!, I’d give the folks at Instagram a call and make them an offer on the spot.

One of his best points was:

Flickr represents your *BEST* possible chance for social at Yahoo, but it’s probably too late.

I’m not so sure it’s too late if Yahoo! were to purchase Instagram and bundle it together as the web version of the popular photo sharing community. Not only are you getting a killer service that was Apple’s #1 app last year, you’re grabbing a team that is expanding impressively. With this team of giants, Flickr could be saved and put back on track. See, the Instagram team completely understands social, community, and comprehends how ripe the world of photography is for innovation.

What has happened at Flickr is sad, there are no voices guiding its community and the innovation on the site has come to a complete standstill. The community will eventually move elsewhere if it doesn’t start getting some TLC.

If one bought Instragram, 15 million users come with it. However, it’s not the quantity that makes sense for Yahoo!, it’s the quality of users it could acquire.
Instagram users are share-hungry, and by looking through the popular photos section of the app, it appears to have a strong hold on younger demographics. For example, Kylie Jenner (the youngest of the Kardashian bunch) has such a huge following on the app that it no longer displays her total number of followers:

Fans of people like Jenner and her Kardashian family would be a perfect fit for Yahoo! properties like omg!, which serves as its celebrity news and gossip hub:

While this is only one example of demographic and content matching that Yahoo! could take advantage of by buying Instagram, it’s quite a powerful thought. By working really hard on building out a mobile community, Yahoo! can sprinkle its supporting services in to create more of a well-rounded ecosystem of content-sharing social people. Plus, Flickr saw 78,895 photos from iPhone 4 cameras uploaded to the service yesterday alone, so there’s a strong opportunity to go bigger with mobile.

3. Cut the crap and do one thing really well

Let’s not kid ourselves, it’s very difficult to do a ton of things at once. Just ask Google about how long it has taken to glue all of its services together with Google+. It’s not impossible to stitch services like email and search together, but you must have a core competency that you can fall back on. I would say that having a strong mobile community would be a smart bet for that “one thing”.

While I have no idea if either side has any interest in working together, it would make a whole lot of sense for Yahoo! to double down on social and mobile, and those goals can be gained by acquiring Instagram. The fact that the company already owns Flickr, a once-successful photo sharing network that could benefit from such a deal, is just a cherry on top.