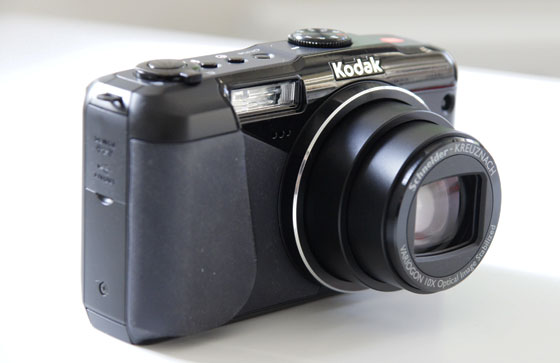 The news came down via the Wall Street Journal today that Eastman Kodak is looking at bankruptcy, if it can’t sell off enough of its patents to get itself out of trouble. While it’s an unfortunate state of affairs for this ages-old company, it’s not at all surprising if you’ve been paying attention to Kodak’s core products over the past few years. If we investigate the history of the company, however, it’s essentially a foretelling of today’s happenings.

Kodak operated under the idea that it could sell cheap cameras, then make its money on high-margin items such as film. That market slumped when Fuji entered with lower-priced film, but Kodak chose to file complaints about the company rather than finding a way to remain competitive.

Kodak found itself quickly outclassed in the digital camera market by makers such as Lumix, Canon and Nikon. Not only was it outclassed, it was undershot on pricing. Most of Kodak’s offerings were priced closely to (if not slightly above) the competition, but they couldn’t quite compete on quality. In my testing of Kodak’s camera products, I’ve found them to be heavy on features, but light on quality.

Almost, But Not Quite

There were a few areas in which Kodak has excelled during the digital age. Its line of printers, especially multifunction devices, were fantastic and packed with features. Digital photo frames were also great. But what was sorely lacking was true integration of the features that the company was trying to sell.

Kodak has been touting its social sharing functions for the past couple of years and the idea behind them is good. However, the implementation is simply incomplete. Instead of having a one-touch share button that allowed you to directly upload to Facebook, that button allows you to flag a picture. Then you have to hook up your camera to your computer, use Kodak’s software and finally upload it to the service of your choice.

When talking to other photographers, I’ve often found that they’re not willing to break up their current workflow for anything less than perfection. Why then would Kodak expect us to change how we’re working to use software that simply requires us to do more than what we’re doing right now?

Unfortunately it seems that Kodak has fallen into the trap that we usually associate with old media. A lack of agility and a propensity to blame failures on someone else just doesn’t work in today’s market. Now, relying on a cash injection by either the sale of patents or somehow gathering funding, Kodak finds itself in the proverbial doghouse.

Read next: Online privacy in 2012, will you care more or care less?