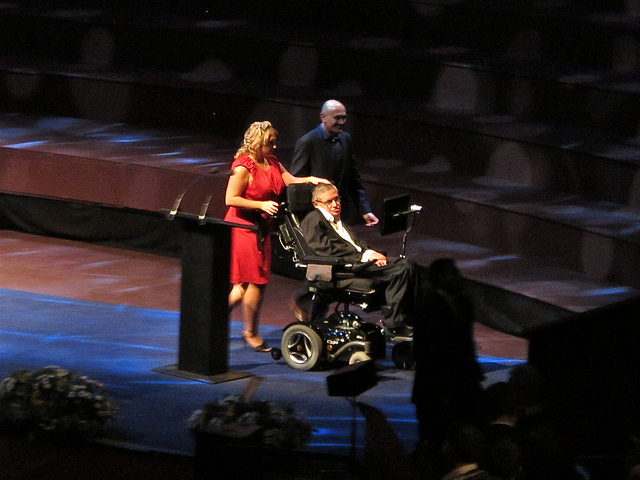 The famous British physicist, Stephen Hawking, has shared probably the most interesting job listing that I’ve ever seen.

Aside from being a physicist, Hawking may be best known for his fight against amyotrophic lateral sclerosis, which has left him close to completely paralyzed. After a tracheotomy, Hawking lost the use of his voice and now relies on an intricate computer system mounted to the back of his wheelchair that synthesizes his speech.

Last week, a job posting appeared on his personal website, called out with the following image of the system that allows him to speak and control functions throughout his house, like turning the TV on and off:

Check out the requirements to become Hawking’s assistant, which are as intense as the device strapped to the back of his chair:

The original purpose of this position was “to aid Professor Hawking in those areas which he has difficulty due to his disability.” The job has since expanded and now includes:

The post requires a wide range of skills, most importantly:

The right person is going to have to be a mix between MacGyver and a pop star, given all of the technical and public speaking requirements.

How much does it pay you ask? Around 25,000 pounds, which is the equivalent to $38,500 U.S. Sounds like a great opportunity, but even I wouldn’t take something like this on for that kind of money. If you’re a brave soul who lives in the U.K. or would move for a once in a lifetime opportunity like this, you can apply here.

Read next: The 11 best Chrome apps and extensions for web designers